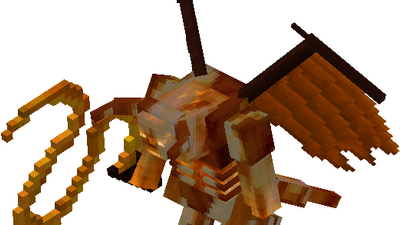 Then something came into the chamber - I felt it through the door, and the orcs themselves were afraid and fell silent. It laid hold of the iron ring, and then it perceived me and my spell.The Lord of the Rings And in Utumno [Melkor] gathered his demons about him, those spirits who first adhered...

I know I have talked about this in my previous post, but this one brings it in more detail.

Balrogs are currently a pretty strong mob already, but, well, about 20 Gondor soldiers can make quick work of them, as my tests have shown. They are supposed to be mighty maiar spirits that can slaughter hordes of men, elves and dwarves without taking serious damage.

Defensive: Balrogs should get bronze armor strenght defence (only bronze because they already have lots of health). Also, they should break your melee weapon faster, like morgul armor does, giving an impression of your weapon melting away in their fiery, burning bodies. The weapon breaking effect should dissapear when they are cooled down in water, but the defence should maybe rise to iron armor strenght (in water they kind of look like they have turned to stone). Regeneration and health should remain the same as they are right now.

Offensive: Balrog attacks should ignore the 75% of weapon strenght attack of other npc-s. Their attack should be the following: Sword 9hp, Battleaxe 11hp, hammer 12hp, whip 7hp. They should always spawn armed (like mentioned in this thread: http://lotrminecraftmod.wikia.com/wiki/Thread:210277) and maybe have the ability to switch between different weapons. Whipped balrogs should also break your armor faster and get a new ability to "fish" you with the whip, pulling you towards them and also setting you on fire. That ability would help solve the problem of people just spamming them with bows from far away. Balrogs would have a fiery aura 16 or 24 blocks around them. That means that your screen should get a orange or red overlay (similiar to the one when entering the ring portal) and set you on fire for a short time about every 5 seconds.

(edited by moderator)
Utumno (Dimension)BalrogBalrog Whip
This post is locked.
I am building a replica of Moria from the official server revised to be gundabad ONLY on single player world
(edited by moderator)
Middle-earth Gameplay GuideBalrogLOTR Mod Official ServerMisty Mountains