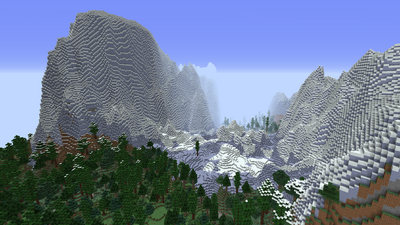 This article is about the biome. For the faction, see here. ... but Dwarves dwelt, and still dwell, in the east side of the Blue Mountains, especially in those parts south of the Gulf of Lune, where they have mines that are still in use.The Lord of the Rings The once-great Blue Mountains (Ered... 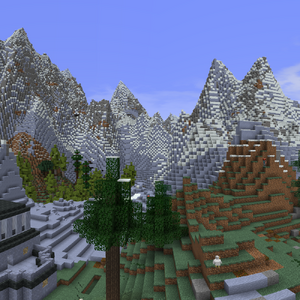 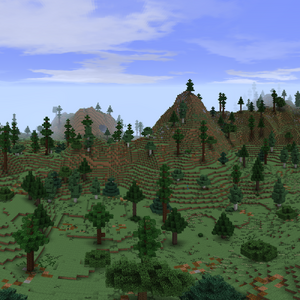 When the mod updates to 1.17, I believe that vanilla Goats should be made ridable as well as being made to sometimes generate with a Dwarf riding it.

The side snow texture on the snow topped stone looks great but I think it should also apply on Luinon and the other mod stones.

So I had started a new survival world, and I was traveling through Lindon, and picked up a Lindon Sword along the way. Great, I thought, I'll know later when there are Orcs or Uruk-Hai near, since I was planning to travel through Rohan. On my way to the Blue Mountains to pick up some Dwarven gear and possibly some Dwarven Tonic, I switched to my sword in the Blue Mountains Foothills biome, and it glowed blue on and off. I didn't actually see any orcs, but I was scared to death and fast-traveled back to the Shire. I'm a bit worried to go back, but I don't think it will be as bad as fighting my way through Eriador at night. Advice?

(edited by SCUDtroopa)
Blue Mountains (Biome)
This post is locked.

While I think it is fantastic that villages and other structures are being added to biomes inhabited by Men, I think that the Western biomes (such as Lindon and the Blue Mountains) are being overlooked. The High Elves only have their hall, smithies and towers. As a powerful faction, I believe they should have more to explore, similarly to biomes like Near Harad Fertile, where there are a variety of more complex buildings to find.

While I am not talking about towns just yet, I think that it would really be great if at least one or two structures were added to the High Elven faction and the Dwarven ones, so that gameplay and looting in their biomes won't be as repetitive, and exploration rejuvenated.

I would also suggests things for the Rangers of the North, but as the Angle is being worked on, I'll wait to see how that turns out.