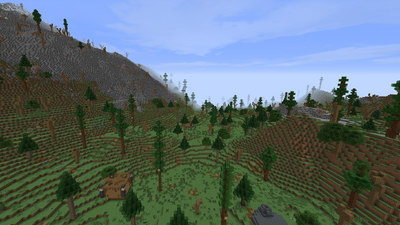 Erebor is a small biome situated around The Lonely Mountain, both of which were released in the Beta 23 update. Erebor is a mountainous biome with a copious amount of pine and spruce trees, as well as boulders. It is currently populated by countless dwarves of Durin's Folk, due to the riches the...

Basically dwarves should no longer sell food and should use buy food from players.

I came to this reasoning due to some things To

Thorin says in The Hobbit.

The dwarves traded their work: swords, armor, and trinkets, for food. This was the relationship between Erebor and Dale. The dwarf economy was based on establishing positive trade relationships with their neighbors. Even when Durin’s Folk is exiles in the Blue Mountains, they worked various blacksmithing jobs for food. Food was their currency.

In the mod, dwarves should not buy coins or any non-edible thing.

Also in Middle Earth, there is no evidence of them farming. All the dwarves did was mine, make things, and trade.

Even in the first age, the dwarves who built Thingol’s cavernous city were paid in food rather than in gems and coins.

Just this one change in the mod would really make the dwarf economy more accurate.

When the mod updates to 1.17, I believe that vanilla Goats should be made ridable as well as being made to sometimes generate with a Dwarf riding it.

So I just downloaded java and the LOTR Mod. For what ever reason everytime I go into forge and minecraft and load up the mod its stuck at 1/7 for the first data bar and then over 5 minutes later it freezes. Any suggestion. Also I go into Erebor and its just a small hill and not a mountain. Is there an update I need?