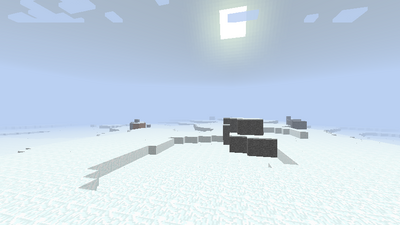 Forodwaith is a (seemingly) endless ice desert that forms the north end of the known world of Middle-earth. No plants grow here, nor do any mobs spawn. There is little reason to live here, other than to escape all the other people of Middle-earth. It is one of the few places that never gets... 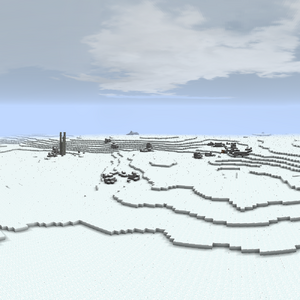 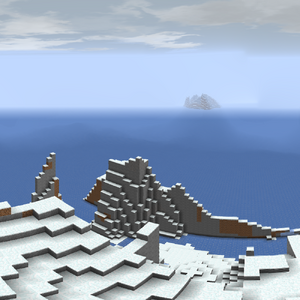 THESE ARE NOT SUGGESTIONS! These are ideas to keep in mind for the future.

Utumno: Maybe a biome around the valley where it is? Nan Udun maybe. It would add another achievement and give a hint for new players to explore there.

New Utumno Troops: Bombardiers: It seems that it would make sense for the orcs of Morgoth the have access to explosives, as Sauron did.

Chieftains: Not for troops! A rarer spawning mob that has a slightly higher chance to drop Gear and Key parts.

(In my mind, the old Utumno before the update that made it much more ruined is the Utumno of the Spring of Arda, while the current Utumno is the older ruined version of the Third Age.)

Forodwaith: Recently it has been revealed that changes to the Forodwaith map are coming in Renewed. Could these be...

Hello. I assume Lossoth is already planned, but as a few may know there is not much info and facts about them. Though they are real enough and mentioned several times in Tolkien books. They are described as being very primitive and living in forochel, and around that area. Furthermore not having contact with the outside world (besides a few encounters), so their building style would be unique and outdated, the same goes for the weapons etc.

I think aiming for a "house" for Lossoth is very hard, because there is much to consider, and it would be pretty empty and boring just to add a simple igloo with a chest and bed. Therefore I hereby give my shot to building a realistic "house" for the faction Lossoth.

I have taken inspiration from the primitive people building houses on Greenland in the 1950s. Which means houses made out of material where they settled, etc dirt, stone, mud or show. There would also be a lack of trees.

This dirt "house" can be scaled up or down, and of course, modified to the needs, space, looks etc. The house has a tall pointy roof, so the fire's smoke can get up as it moves upwards. The whole house is made out of dirt and has a dirt/stone mix foundation. There are wooden pillars inside for support. There's a fire the in middle for maximum heat efficiency. A few wooden chairs kinda around.  A stone on the wall for hunting purpose. Simple survival tools, aka crafting bench and furnace as u cant cook at the firepit (in the mod). Furthermore, there is a fur bed for 1 sleeping person, which is enclosed by dirt and wooden pillars for privacy in such a small house.

You can also make an igloo variant, just by replacing the dirt and maybe removing the firepit, and it would still make sense and be realistic.

Please note this is built at the border of forodwarth, where snow starts, close to the water, so it would still be a possible realistic location, as it provides a stable food source, the water.

EDIT: Shortened title from “The faction Lossoth - I hereby give my shot at building their primitive house, please consider voting it.” -Noloite