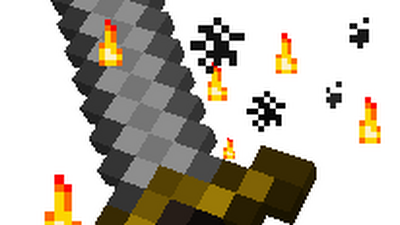 An invasion is an in-game event during which waves of foes will appear and attack the player continuously until the invasion is defeated. Defeating an invasion for the first time will award the achievement "Hail the Victorious" 1 Description 2 Advantages of defeating invasions 3...

When you summon a invasion you will win 75 conquest points.

PLS, UPVOTE IN MY SUGGESTION!!!

I think there might be an issue in the invasion spawning algorithm.

So if it stays zero for all the time, invasions would just happily launch one close to another as is really happening please see the screenshot. Maybe the fix would be to have the default value higher (40?). 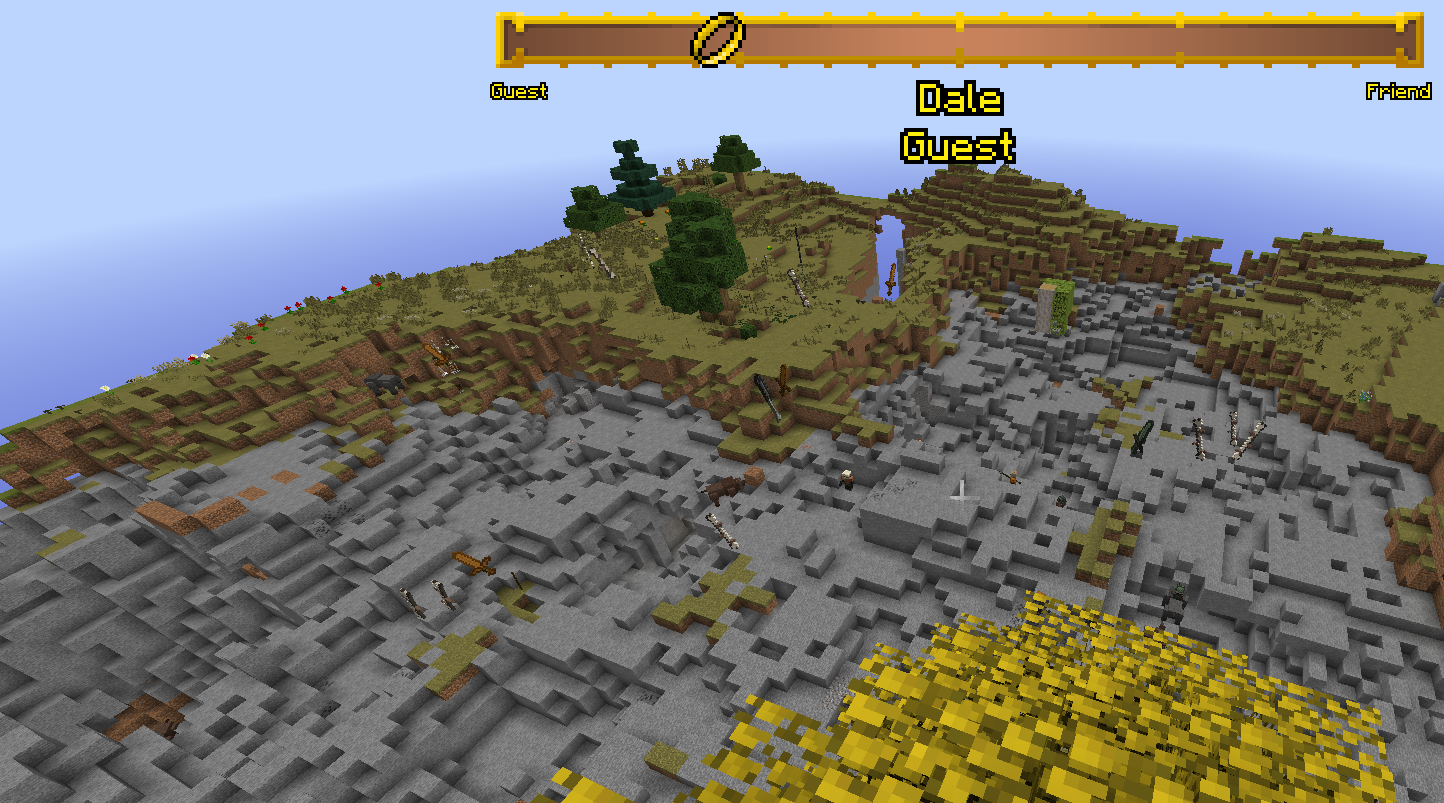 Currently the conquest system is very cool and fun, but I think it could be better, or that we could have more mechanics about it ... Well, this is probably the fifth suggestion I make for this (conquest system), but I will not stop ... !

You could find in a new structure with the new NPC called "General of the army", they would have the same properties as a captain, but they would have something more ... SIEGE FLAGS!!! With the generals you could buy the siege flags.

Siege flag (properties): An enemy faction would launch sieges very rarely (7x more rarely than an invasion). The flag when placed would generate up to 500 conquest points within an area until it is defeated. During the siege they would have "invasions", one being launched per day (minecraft), if the player defeated 5 invasions consecutively the siege would be defeated. The area in which it affects would have a greater chance of invasions by that faction, captains would appear in the invasion, but you could not hire troops of these and they would come with a custom helmet and also have the protection of the best faction unit.

General stats: they would have 5 hp more than the base faction troops, as long as it does not exceed 30 and they would use the same weapons as the captains of the faction.

I was just riding my horse through  the weather hills on my hardcore singleplayer world, when suddenly a gundabad warg invasion appeared. After several near death experiences, a dead horse and 100s of dead wargs, I finaly managed to defeat the invasion. Though I got not achievmentor alignment (not sure if it was alignment, conquest or both) bonus like said in the change log.

As I 'witnessed' quite a number of occassions where players get easy alignment, experience orbs (for what they're worth) and loot from killing numerous low tier NPCs of their enemies in enemy lands, I pondered there appears to be a still existing fundamental flaw in the 'invasion' mechanics that simply may have been overlooked for quite some time.

Now, apparently the mechanic is already recognised and implemented, as the Hobbit Shirriffs are able to launch defensive raids in their lands. So, my proposal is simple: make defensive raids of native forces spawn with some tbd chance of occurence whenever civilians or home miltary units are being attacked by an enemy force. That could be either a player with low enough alignment (say -100 or lower), or a player with a number of hired units.

Note that alternatively, one could think of ways to make low tier, passive NPCs act differently, or alarm military units. That would be an essentially different approach. I presented a brief overview of notions to consider for that approach in this post below.

The feature mechanic would be very much similar to the earlier proposed counter-invasions (see links below), but I figure the motive for a defensive raid is different and this may justify a different composition of the responding force. So, both trigger and resulting action will be specific. A counter-invasion will be triggered based on an invasion of an enemy NPC force, while a defensive raid is triggered by either the murderous presence of players and/or hired NPCs. The more hired NPCs accompanying a player, the higher the chances a defensive raid will spawn, and the stronger the responsive force should be. As the Hobbit Shirriffs are already enabled to perform defensive raids, I figure it shouldn't be a daunting task to implement them for more factions.

The urgency of this improvement is quite high as far as I'm concerned, as it contributes to balancing the chances of players ability to acquire aligment in enemy lands, especially with the upcoming feature 'spheres of influence'.

Combination with spheres of influence

When combined with the introduction of that feature you could even consider to have defensive raids spawn within a 'sphere of influence' rather than just a factions home biome. As I indicated on the mods Facebook page, I believe it may be worthwhile to consider biome-dependent spheres of influence, either instead of or in addition to the geonometrical spheres. The mechanic of defensive raids could be combined with any option imo.

In Middle-Earth, there are many factions battling against one another. These factions all have at least one Horn of Conquest, which is used to summon reinfocements or to launch invasions. I beleive it is time for another use for horns.

War Horns: Crafted with any type of horn on the faction crafting table, with an ingot the faction uses (Mordor uses orc steel, Gondor uses iron, etc) on each side: one on top, one on the bottom, and one on the left and right on the grid. Each faction would get their own style of War horn, some of them being similar to other factions, or even the same. These horns would have the same effect as a banner bearers , meaning they give a small buff, as well as summoning a small number of units, no more than 4.

But each horn would get a sound that goes with it (Some are the same). These sounds will also replace the Horn of Conquest sounds, if possible.

Note, these horns would have 3 uses, and have a large cooldown of 2 minutes. This cooldown would be similar to that of attack cooldown.

Hobbits: The same sound as a Shirriff Chief attack.

Dunedain of the North/Gondor : Similar to the three blasts used by Boromir when he was in trouble.

All Dwarves/Dale: A longer and lower pitched version of the default Horn of Command. If possible, the horn used at Erebor.

All Elves : A long, continuous sound, similar to a rams horn. Wood-Elves might get this.

Rohan : Similar to the Horn of Command, but smoother and a little longer

Mordor : Similar to the Isengard horn except one blast. Could also use Gundabad horn.

Near Harad: Similar to this.

For now, you don't get any reward by defeating an invasion, without considering alignment points or loot gained by killing its troops of course.

So, I have an idea that will make fighting invasions a bit more rewarding.

After all the waves of enemies are defeated, the hovering sword (that one hovering above ground, marking the invasion point) falls to the ground like a spear does. Then any player that hits the sword at least once in 10 seconds (the bosses have a similar system to grant its achievement to several players), will get an alignment reward (if it's a Gundabad invasion, you'll get alignment points with factions that you normally gain alignment by killing Gundabad orcs) and then once the timer runs out, the sword explodes, dropping coins, ingots, food, memes, flamethrowers or anything that the mod team considers a balanced reward, in a radius of the explosion, marking the end of the invasion.

The quantity of the reward depends on the number of players. If 10 players hit the fallen sword, more loot will spawn than if only 5 players had hit it. But the reward shouldn't scale directly, like 40 coins per player, nope, let me explain:

Now, it may happen that a greed player collects more loot that the others (that's why the loot should drop in a radius of the sword), but that's the problem of that player group and they should decide how they're going to share it. If things get violent, well...

> Things could be handled in a different way: Once the invasion is defeated, the hovering sword falls to the ground and several chests spawn, with loot and an item called "Battle Trophy", an item that you can exchange for alignment points with a commander, or any other kind that sells troops. Also, commanders could send you in quests to acquire Battle Trophies, and the reward could vary from coins, troops or even the commander itself! There could be Orcish, Elvish, Dwarvish and (Evil and Good) Mannish Battle Trophies, to avoid the player defeating an Haradrim invasion and then selling the Battle Trophy to a Mordor Commander, that wouldn't make much sense.

The invasion page mentiones, that invasions are more common during "lunar eclipses". It's also in the changelog for Public Beta 23. I never experienced something like that.

When I receive a kill warg quest, especially kill gungabad warg quest, I always want to avoid it. Because it is just so hard to find a warg in the mod! In an extreme case, I received a kill 30 orcs quest and kill 24 wargs quest at same time, but I finished the orc one first while I only kill few wargs.

To deal with this situation, we have a simple, easy, lore-friendly and definitely cannon solution: warg invasion.

Why it is lore-friendly and cannon?

In The Lord of the Rings, it is most prominently mentioned in the middle of The Fellowship of the Ring, where a band of Wargs, unaccompanied by Orcs, attacks the Fellowship in Eregion. During the War of the Ring in T.A. 3018–19, wolves prowled outside the walls of Bree.

What is a warg invasion?

A invasion of a band of Wargs, unaccompanied by Orcs, WITHOUT warg bombardiers.

Where should a warg invasion happen? ◾ Eriador. Eriador is a place for beginners, a warg invasion would more firendly to them. ◾ Breeland. Although Breeland is a peaceful place, sometimes you should handle a few simple troubles during the War of Ring. ◾ Eregion. Because it is connon. A uninhabited forest would also favour by warg king. ◾ Vales of Anduin. I believe it is connon. The wargs always try to accack people who live there. ◾ Lone-lands?