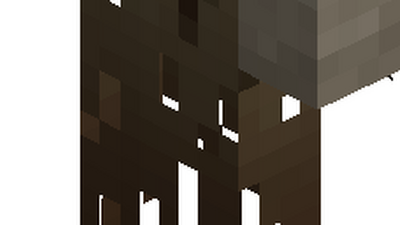 The Marsh Wraiths are creatures that will attack any mob (including the player) that find themselves in the waters of the Dead Marshes. They represent the spirits of Men, Elves, and Orcs who died in a great battle fought here long ago. Marsh wraiths are present both day and night in the Dead...

Since Blue Vitriol is now in the mod, I propose that Soul Sand and Soul Soil should be able to naturally generate within the pools of the Dead Marshes. Blue Vitriol would naturally stay lit on the two blocks under water.

The reason why I suggest Soul Sand is because I don’t think that Hearth blocks should be able to generate outside of generated structures.

Marsh Wraiths and the Marshes are cool, but they both could use some work.

So, I see how the mod team is thinking here. They want to make the Dead Marshes dangerous to traverse, like they were for Frodo and Sam, but having "trances" would be annoying, and do little hurt to the player.

I am suggesting that they are changed to do that sort of "trances" thing, but with a few others:

So, you go into the Dead Marshes. Be sure not to stare at any water block for too long! If you do this for 10 seconds, you will become "entranced", and will be controlled to walk into a pool. (The pools will be deeper if this is endorsed.) Likely it is, that they will drown. (I know that it may be hard to control a player's keyboard and mouse with code, but just TP the player one pixel or so toward where they stared. Be sure to force them to keep staring that way!) Also, this may seem to not have to do with the Marsh-wraiths, but they come in here.

So when the player is being "entranced" and forced to move toward the block they stared at, a Marsh-wraith will appear. They will stand above the "anchor block" (the block the player stared at) and seem to beckon for the player to come. When they get near, the Marsh-wraith will back so the player does not go through the Marsh-wraith. (Marsh-wraiths will still appear inactively in the Dead Marshes, appearing and disappearing as they seem to will.) The player will certainly fall with their head in water. Because of the Marsh-wraith's presence, the player will drown much faster than usual. If the player struggles, it makes the time it takes to drown increase, making struggling a great way to waste time. (Yes, it can increase to more than usual (vanilla) drown times!) When the player drowns, a Marsh-wraith will spawn in their death-place in an inactive state, and the one that beckoned will disappear. The player's wraith will appear to have the player's head, but very much lighter to the point where it is difficult to tell. This "Player Wraith" will never move, but will rise when the player it is comes by. After encountering your own wraith, you are lucky that it will disappear, doing ten damage points (five "hearts") as it leaves. This head suggestion is an extra, and is not necessary. Also, whenever a wraith appears (player or default), it will play the Barrow-wight spawning sound. When a wraith (also player or default) disappears, it will play a screaming sound.

Links: Sounds -Listen to the mod's sounds! Dead Marshes -These are what the whole suggestion is about! Shrek -He lives in the Dead Marshes! Shrek's House -Shrek lives here!

(edited by A Fandom user)
Marsh WraithDead Marshes
This post is locked.

My question is: What’s the difference between Wraithbane and Wightbane and which one will work on the Nazgûl when they are added? It seems like these modifiers are just separate so are more of a challenge, but in the books there really isn’t a distinction between wraiths and wights. More importantly, Merry damages the Witch-King of Angmar with a Barrow Blade. Here is an interesting quote:

“So passed the sword of the Barrow-downs, work of Westernesse. But glad would he have been to know its fate who wrought it slowly long ago in the North-kingdom when the Dúnedain were young, and chief among their foes was the dread realm of Angmar and its sorcerer king. No other blade, not though mightier hands had wielded it, would have dealt that foe a wound so bitter, cleaving the undead flesh, breaking the spell that knit his unseen sinews to his will.”

Obviously those spells are represented by Wightbane on the barrow-blades in the mod. But the Witch-King is a Ringwraith. So how is this going to be sorted out when they are added?

Thoughts would be appreciated.