Mountains of the Wind 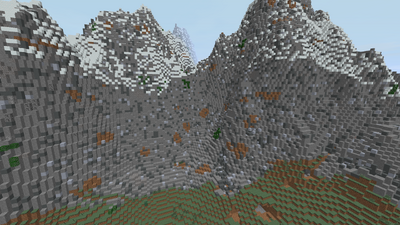 Mountains of the Wind

The Mountains of the Wind are an ancient mountain range located in southeast Rhûn. They are connected to the Rhûn forest and to the Last Desert through their foothills. They are composed of stone and clay. These mountains were named for the strong winds that blew through them from the east. Upon... 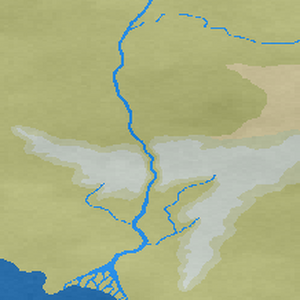 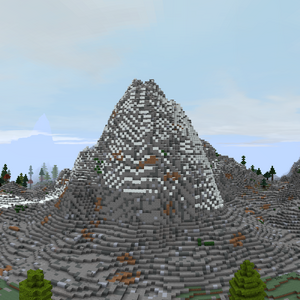 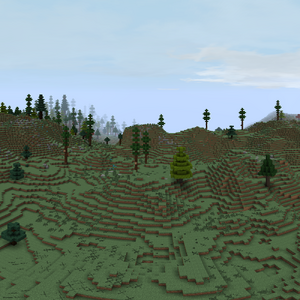 I have an idea about how the Dwarves of the Orocarni and the Dwarves of the Wind could be integrated into the mod. Specifically my idea is for the Dwarves of The Wind. My whole ideas revolves around the fact that the four eastern clans of Dwarves fought in the Dwarf-Goblin War. I believe that to make to Dwarves of The Wind stand out, they should have something unique to them. Now I just want to say that my idea is just my idea and this is just one idea I have. I think that they should have Orc and Troll slaves. Mostly Troll slaves. I know that on the surface level, it doesn’t make sense, but hear me out. The Orocarni is the home of all four Dwarf clans, however, it is literally the same size as the Ered Luin. The Ered Luin only has two of the Dwarf clans. Maybe the Dwarves of The Wind are Dwarves who were cast out of the four eastern clans after the Dwarf-Goblin War for their immoral practice. However, despite being outcasts, these Dwarves settled into the Mountains of The Wind, mining for precious metals while their Troll slaves provided shelter from the wind and their Orc slaves providing protection to the gates of their cities. The Dwarves of The Wind occasionally would send out raiding parties into neighboring lands and even sometimes within the edges of Mordor itself. While their slaves are prevented from escaping (I don’t know how), they are treated far better than the lawless land of Mordor (I know that Sauron controls Mordor, but there are so many fights between Orcs that Sauron does not care enough about to resolve peacefully. Despite all this, there should still be slave revolts in the Mountains of the Wind as would Orcs and Trolls be able to control their need to fight.

I don’t know if my idea is a good one, but it certainly adds some moral ambiguity to a potential faction.

Regarding the Dwarves of the Orocarni, I think that it should be one faction with four sub factions since they literally all went to aid in the Dwarf-Goblin War with no disputes between them. This leads me to believe that they are all separate but operate under a single banner. However, they should all hate the Dwarves of The Wind despite all of them being good factions and the Wind Dwarves being a not quite evil faction.

Due to being insanly obsessed with the mountains of the wind, their real-life relationship with a certain mountain range and desert, and the fact that they could harbor so much lore and possibly different factions; Who knows? A clan of wicked dwarves? A group of Monks?; and the Deserts below them could have so much more. A desert Empire that feel to ruins when the Were-Worms invaded? A group of tribesmen living in the foothills? And who knows, this place could have also been a ritual place for the people of Hildorien? Would the people of the wind grow rich and face war with their peer-kingdoms? Or would they have been poor monks? Leave your thoughts on this in the comments!

This is a suggestion is partially based on LordArkofME's rhun suggestion, so if you haven't seen it yet, check it out. In this I will be going over my interpretation of the land of Harhudor

Mae Govannen! I’m back with a bit of a revision of my suggestion on Harhudor. I’d like to reiterate that I’m not great at texturing or speaking Sindarin so if you have something you would like to add to that or anything else, I’d love to hear it. My goal in doing this was to make Harhudor more diverse than when I last talked about it. Instead of a single faction across all of Harhudor, I have created an additional faction to oppose the Free Easterlings. To create even more diversity, I also divided the free Easterlings into several unique tribes. Additionally, I have created a new map of Harhudor and I can say it’s significantly less hideous. Finally, I have included some stats for the armor, which are probably subject to change. I’d love to include texture of my own, except that I don’t really know how to make them. Looking forward to your feedback.

In the northern lands of harhudor lies the Free Easterlings. For centuries they labored away supplying Easterlings with food and weaponry and serving for the dark lord of Mordor. Resistance seemed futile, or it did until travelers from the west entered these strange lands. They were told tales of white cities, shining armor, and men brave enough to stand before the armies of Mordor. Soon, one tribe revolted, repelling the enemy from their lands, and then another. One by one, the tribes of harhudor began to reclaim their land. Now their eyes are set on the south, where their brethren are still enslaved, and to the west, were the armies of the Easterlings are gathering.

The Free Easterlings are extremely proud of their culture. They were vibrant robes, dresses, and turbans. The food is renowned throughout nearly all of Rhun. Harhudor was once the center of trade in Rhun before the Free Easterlings Rebellion. Because the people have spent most of their lives in slavery, they have no formal army. Most of the men have themselves gone out to defend their land, wielding nothing but farming tools.

The first tribe of the Free Easterlings are the Gwaerim. Their land in the south of the mountains of the wind is a cold plateau, vegetated with coniferous trees and occasionally vast meadows filled with exotic flowers. One rare flower is said to be found in these meadows holds a mysterious power and is deemed very sacred to the Gwaerim. They are a pious people, dedicated to practicing magic and following their leaders. They consider Sauron an enemy to beauty and life, who must be destroyed. The Gwaerim are based of real world Himalayan cultures.

The next tribe is the Talathrim. They reside in the eastern portion of the plains of harhudor. They are traditional hunters and are often seen riding horses. The plains are large and villages are sparse. The western plains are widely debated lands, sprawled with both enemies, Talathrim, and bandits. Its once had grand roads for trade but are now rarely used due to the fighting. They are based on Eastern Indian cultures.

Not all those in Harhudor would betray Sauron. The Rossoth are as loyal as ever to Sauron, and are ready to conquer them once more. Numenorean colonists and worshipers of Sauron arrived on the coasts of Harhudor long ago, teaching them the arts of weapon crafting, shipbuilding, and slavery. With their mighty ships they traded with many of the Haradrim tribes, both purchasing and selling slaves.  With war ever so close, the Rossoth must reconquer the entirety of Harhudor if they ever hope to allow the dark lord to be successful in his conquest against the tyrannous west.

The wetlands of Harhudor and its rainforests are host to the Rossoth, the only tribe loyal to Sauron. He gave them the gift of War and Sailing, and they were ever grateful. They learned to reside in the lands once controlled by the old Numenorean colonists, who are now long gone. Slavery is in their blood as much as war is. It is time to march to Sauron’s aid and crush the resistance once and for all.

[The Land of Spice] Enter Harhudor

[The Cradle of Civilization?] Enter the Ethir Orocarni

[Of the Uncharted Lands of Rhun ]

[East of Mordor - Land under shadow ]