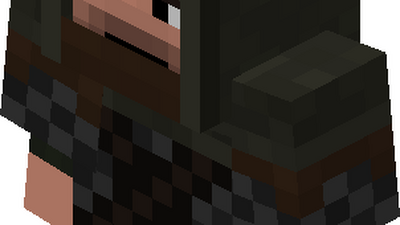 Rangers of the North are the military forces of the Dúnedain. They spawn in Eriador and its surroundings, including the Lone-lands, Trollshaws, Minhiriath, and most commonly, the Angle. Note that Rangers of the North look very similar to, but are different from, the Rangers of Ithilien. Rangers... 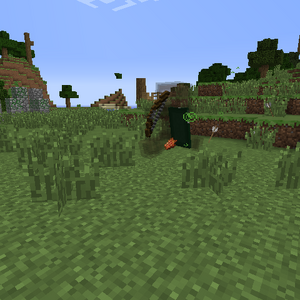 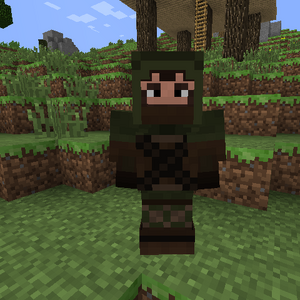 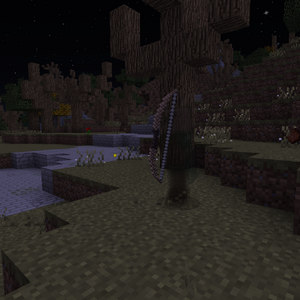 As a Ranger of the North, I have seen much adventure, and many peculiar things. I have seen Hobbits showing great bravery, Elves single-handedly fighting bands of Orcs, and I have seen the resilience of Dwarves. Not {choose:four months/two months/eight weeks/two moons} ago I met with a Dwarf, {name:dwarf_male}, {choose:on the outskirts of the Shire/in Michel Delving/in the Prancing Pony/on the banks of the Baranduin}. {choose:He was busy with some customers/He was polishing a well-crafted helmet/He was sharpening a short, sturdy sword/He was bargaining with a Man over a plain golden ring} when I saw him, but after a while I seated myself next to him.

"{choose:From where do you come?/What brings you to these lands?}", I asked, starting up a conversation.

"{choose:I am but a trader from the Blue Mountains/I come from the Iron Hills with shining gems and fine smithcraft to sell!} What about ye, lad?", said the Dwarf with the charisma of an experienced merchant.

"{choose:I wander the lands around here./These lands are where I have spent all my years.}"

"{choose:So you're one of those Ranger folk?/I'd wager my left arm you've had some unpleastantries with some Orcs!}"

"{choose:Well then, you could use a good trusty dagger! Fine Dwarven smithcraft is hard to come by!/You'll be in need of a weapon then!} May I interest you in a deal?"

Before I could object, he produced a wide array of daggers from his bag. There were fancy daggers with hilts of gold, encrusted with glittering jewels, and there were simple daggers with comfortable leather handles. He had exotic daggers with curved blades and carved runes, and short sturdy blades with bluish steel unique to the Dwarves, and simple daggers with woven grips and iron blades. Of the innumerable daggers, one caught my eye. {choose:It was a cresent-shaped blade with a handle of soft leather, a guard of deep blue steel. The blade was made of fair steel, and had a certain quality to it that made it appeal to me./With a beautiful blue guard, a handle of smooth, brown leather, and a blade that almost seemed to glow, I couldn't help admiring it.}

Seeing that I had favoured the blade, the Dwarven merchant remarked, "Aye, that one's a special one. An experiment of mine, which I forged when I went to Rivendell to study their craft. It could be yours, for the small price of fifty silver coins!"

{choose:There was no doubt, I had to have that blade, so I paid the Merchant the coins, and finally the dagger was mine!/I showed no hesitation in paying him, eager to buy my Precious, the dagger, and so I became its Master.}

{name:dwarf_male} and I talked for a while about suspicious folks we'd seen in Bree lately. Then I asked him where he would be heading next. I learned he would be going to visit his kin near Mount Dolmed, but he seemed {choose:troubled/worried/unsettled} when he spoke about going to the Blue Mountains.

"Aye, {choose:I've heard sayings of Orcs near the mountains./the Men here tell of an Orc pack causing trouble near the Blue Mountains./there are Orcs on the move these days, my kin tell me.} I fear the worst if I should meet them, laddie. {choose:My sword has tasted Orc blood before, but 'twas mere luck that the Orcs didn't taste mine./It wouldn't be the first time an Orc has felt the swing of my axe, but I've grown weary from travel./I've killed Orcs before, but I fear I've grown weaker than I was.}"

"{choose:I could accompany you. It wouldn't be the first time I've put myself in harm's way to protect a traveller/It is my duty to protect the people of this land. I would be pleased to accompany you./Then let me travel with you. I am swift with a bow, and quick with a dagger.}"

"Bless ya laddie, I'd be merrier to travel with a Ranger by my side!"

{name:dwarf_male} and I had been travelling for {choose:a few days/some time/a week/a few hours} by the time we reached the western border of the Shire. {choose:The lands west of here are frequented by Rangers and Orcs, and are dangerous for the unprepared traveller./Now we were in lands where Orcs roamed in packs, on the run from the relentless Rangers./Rumours had been heard of Orcs in the lands west of here.} We travelled further westward for a few hours in silence. There was something about this land, like much of Eriador, that filled my heart with a heavy sadness, a longing memory of a kingdom lost to time. Now all that remains of the kingdom of Arnor is scattered groups of Rangers, fiercely guarding the lands of our old kingdom, determined not to let the memory of our glorious past be defiled.

The sun was now getting quite low, so we stopped to make camp. By nightfall, we had set up a tent and lit a fire.

"Will the Orcs not be attracted to our fire like moths to a flame, lad?", asked the Dwarven Mechant.

"Orcs prefer to stay in the shadows. And they avoid Ranger camps. They live in fear of our arrows."

I offered to take the first watch. After a few quiet hours, I woke him, and he took watch until dawn.

{choose:The day began with a clear sunrise over a field of lush green./I woke to a golden glow on the horizon, across a field of thistle.} {name:dwarf_male} was still asleep. I stepped outside the tent to enjoy the morning air. The dew on the grass looked almost like snow, but without the bitter cold or concerns of food for winter.

I was walking at some distance from the camp when I noticed an odd odour. It was very faint, but I recognised the foul smell of Orc. I searched the grass for footsteps, and to my horror, I found them, though partly hidden by the layer of dew. From my experience as a Ranger, I could tell that {choose:Orcs were here not long ago, probably the previous night/there were undoubtedly Orcs nearby}.

I woke up the Dwarf Merchant and told him of {choose:the Orcs/my findings}. We decided to make haste and travel westwards at once.

We had been walking for a few hours when we decided to stop for lunch. We ate some {choose:chicken that I had hunted./ripe meat fresh off the bone!/pancakes from the Shire./cram that the Dwarf had brought from Dale.} Just as we were finishing, we heard a howl to the east. I recognised it as a Warg.

If the Orcs were riding Wargs, there would be no outrunning them. I told the Dwarf to ready his weapons, and I unslung my bow.

By now I could see the Orc pack, coming from behind a hill. There were in all five Orcs, each riding a Warg. I began to shoot them with my bow. I managed to take down three of the Wargs before they got close. I unsheathed my dagger, now glowing a brilliant blue, while the Merchant readied his battleaxe.

Let it never be said that Dwarves are not quick to strike. Before I knew it, the Dwarven Merchant had swung his battleaxe into one Warg and thrown {choose:a throwing axe/his spear/an axe} {choose:at/in between the eyes of} another. Both Wargs were quick to succumb to their wounds. The Orcs, on the other hand, were now {choose:nervous/evidently scared}. Their mounts had been killed before they could strike, and they were now face to face with a Dwarf with an axe and a Ranger with a dagger. They seemed wary of my dagger, as it resembled Elven craft. In their moment of fear, I leapt on the nearest Orc and stuck my dagger {choose:in his leg, before driving it into his skull/deep in his torso}. The Merchant swung his axe at an Orc. The Orc dodged, but he would never be able to match the strength of the Dwarf. I fired an arrow at an Orc who was running away. By now the Dwarven Merchant had injured the Orc's {choose:leg/foot/arm} and was about to deal the final blow.

I turned to the other two Orcs, who were wielding spears and approaching fast. I noticed these Orcs were taller. Bigger. Meaner. Stronger. These were Uruks, {choose:tall and strong/not some timid Orcs}, that had ended the lives of many of my kin. I shot at them, but they blocked my arrows with their shields. One of them threw a spear at the Merchant. It merely grazed his arm, but it blinded him with pain as well. I shot the Uruk between the eyes while he was distracted by his {choose:accomplishment/triumph}. He fell over, dead. I quickly threw my dagger at the other. It impaled him in the chest, but he simply kept coming. I shot {choose:arrow after arrow/several arrows} at him, each one slowing him with pain, until he had finally been vanquished.

I looked around at the bloody battlefield. Five Orcs, three Wargs, and two Uruks lay dead {choose:in pools of blood/at my feet}. The Dwarven Merchant lay nearby in {choose:pain/agony}.

{name:dwarf_male} was eating some {choose:cram/more pancakes/chicken/bread} while I made a healing drink for him. The Athelas plant, also known as Kingsfoil, is commonly thought of as a weed. People tend to feed it to pigs. But any Ranger knows about its healing effects. I had the Dwarf drink some Athelas brew, and also sprinkled some crushed Athelas on his wound.

After a while, the pain had almost vanished.

At this point we were quite close to the Blue Mountains. The next few days were quite uneventful. We reached Mount Dolmed, in a few days, where we said farewell. The Merchant offered me some coins as a token of his gratitude, but I declined.

And that was the last I saw of the Dwarven Merchant.