Allow for me to share my tale of woe!

One sunny day, I was riding towards Lindon by way of the wild lands of Eriador. I was just crossing a river when I heard it...

An invasion had begun...

This was not just any invasion; this was an Angmar invasion! And right next to me, no less!

I retreated from the scene on my horse, but soon dismounted and prepared to get some good alignment and loot. I thrust with my Blue Dwarven spear and chopped with my Iron sword at every Orc I came across. But when the hordes began to overwhelm me, I fell back to the other side of the river...

I returned to the first invasion and slew the enemy until they stopped spewing forth, before returning to the new forces. I fought tooth and nail against them, and I may have even won...

But events took a dark turn...

Distracted as I was, I did not notice the Warg Bombardier until it was too late (and, to be honest, I forgot they existed)...

And so I fell... all my equipment taken by the forces of darkness... all due to the most absurd enemy in the mod...

But tell me, what was your saddest touch with death in the mod? Turned into a pin-cushion by Rangers? Thrown into a lava pit by that one Gundabad Orc? Killed by Dwarves after accidentally hitting one?

Orcs sighted in the north by the Lossoth Empire, once thought to be extinct.

Remnant elves are conquered in Avariland.

Dark Lands invaded by Scarlet Swearers, Old Ones are extinct.

Fallen Ainu gain in strength, mate with human woman to spread the Sons of Anak.

Eru judges men to be corrupt, makes Noach, (himself of Ethno-Nuemenorian decent) build a single lifeboat to escape the Wrath of the Lamb flood.

Moishe leads the Judites out of Aegyptus.

Judite nation becomes wicked, Eru sends Eli and other prophets to warn the people of the coming fall.

Alaxandrei the Great spares Judea from his conquest.

Eru fulfills his promise to send his son to the earth, creates the new covenant.

The Romaniod empire is now the supreme world power.

Village of Alfwine conquered by the Normans, works translated into Old English.

J.R.R Tolkien, a general descendant of Alfwine, is born.

Tolkien writes the Hobbit from a legend within the Golden Book.

A sliver of Morgoth's essense breaches the Doors of Night, posses Hitler to conquer the nations and slaughter Eru's chosen people.

The Fellowship of the Ring, The Two Towers, and The Return of the King are written, with the Silmarillion still afterward.

Movie adaptions of Tolkiens works are made. 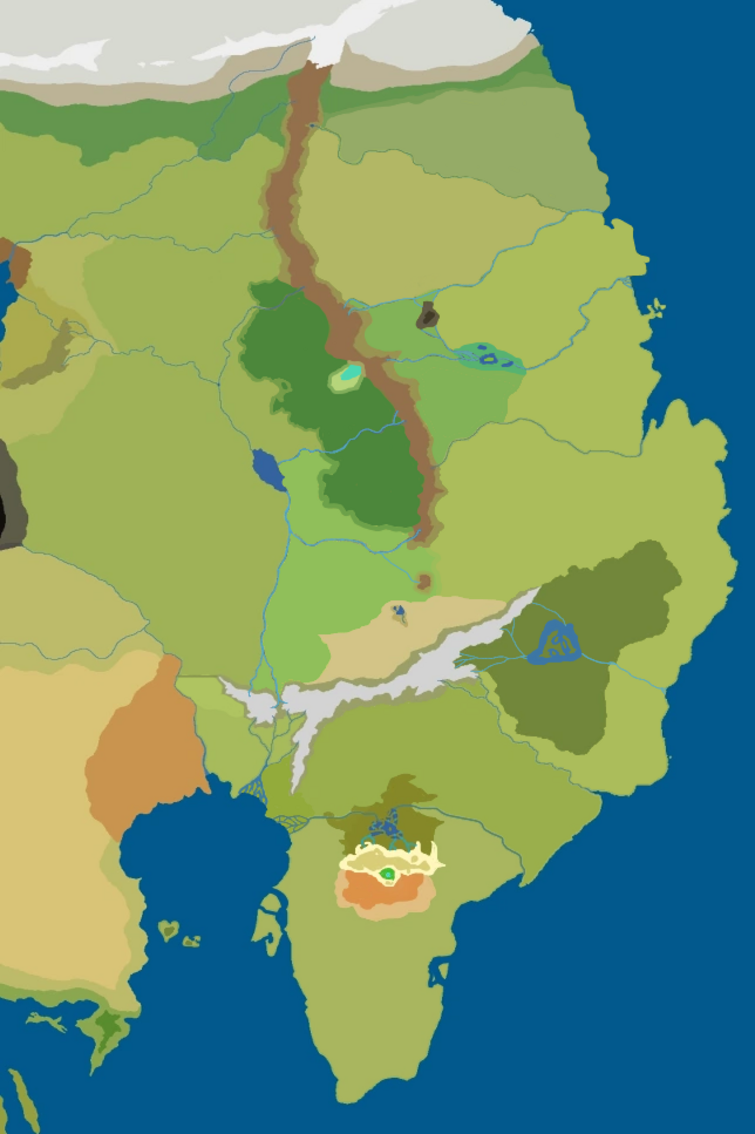 THis mod sucs! All things bad!!!!!! BRING back Souron! He didnt spawn but that totally okay! REOLDED was better then renewed! phantoms are scary no updat eto new version.

I would like to present and promote to you a mod with siege machines made by a few people from the Magistu team.

ly the mod is a beta version specifically there are such machines as - Catapult, Trebuchet, Ballista, Mortar, and Battering Ram. 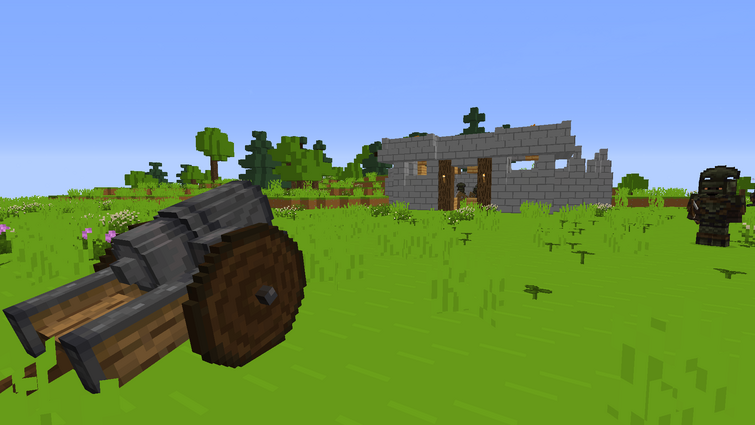 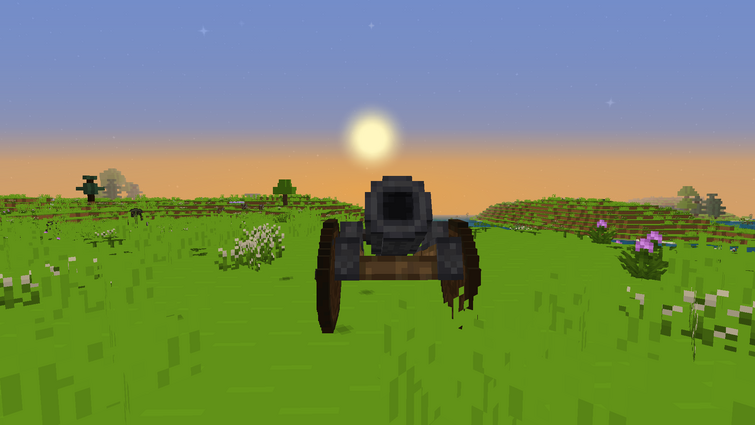 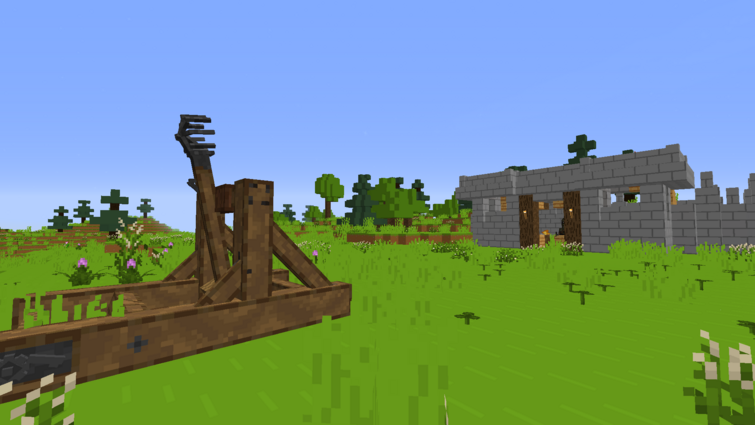 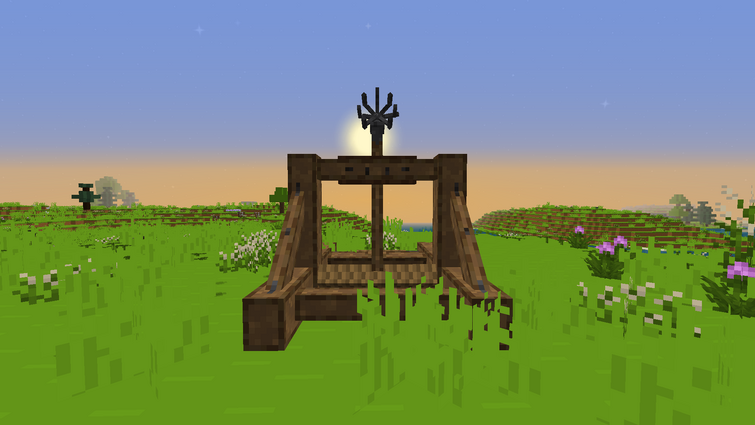 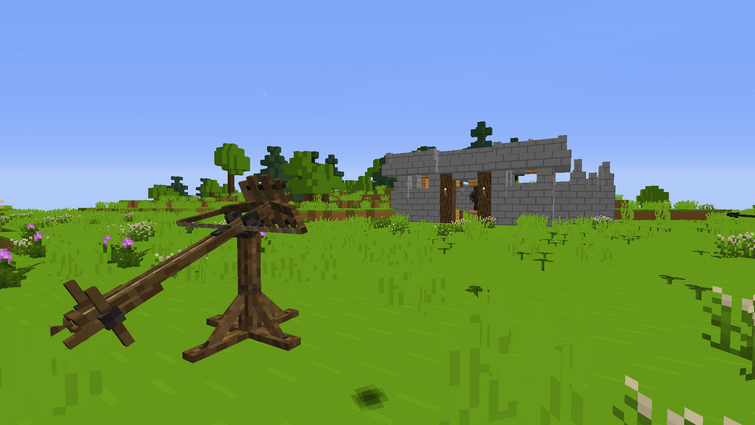 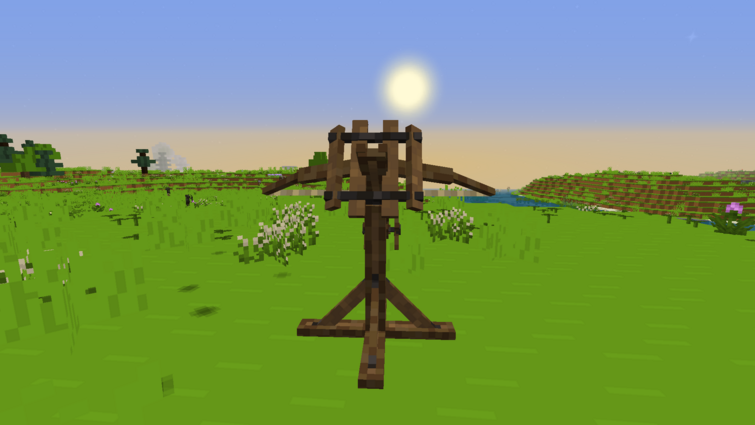 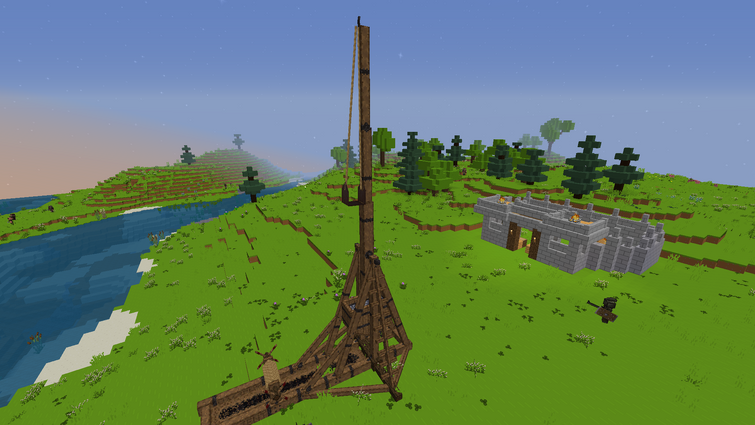 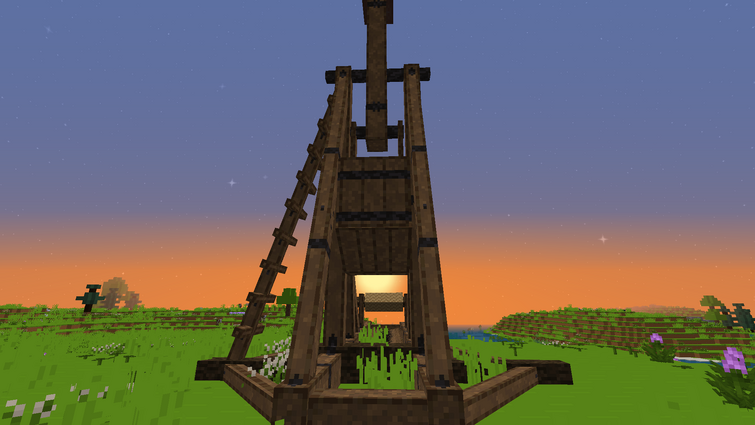 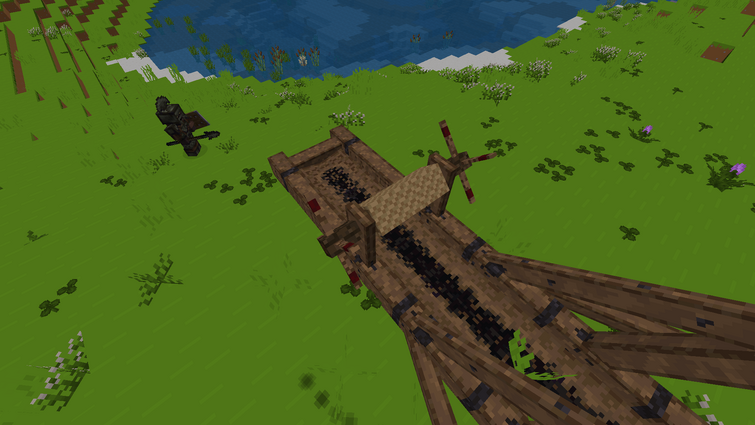 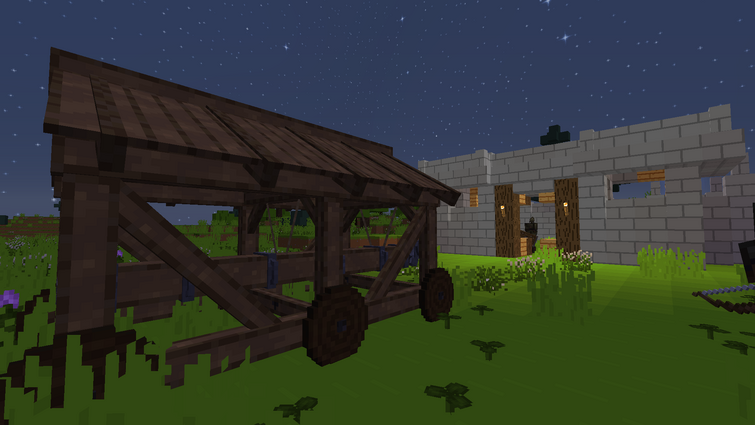 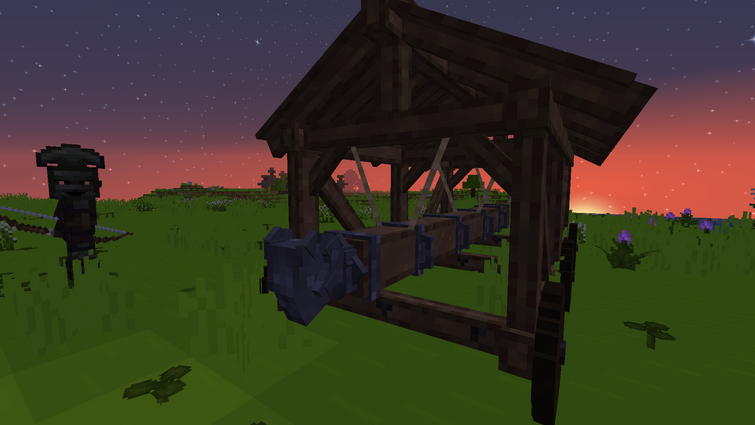 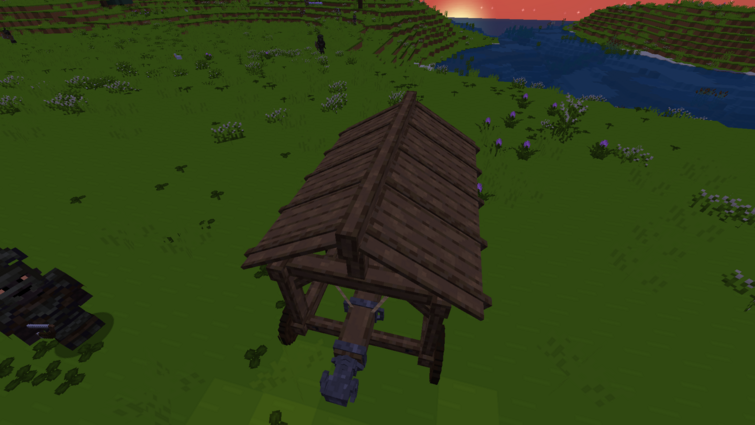 Each of them has wonderful animations and sounds, although the Battering Ram has no sound yet because it came out today.

Mod of course is early and there are a few things that need to be fixed and even more to be added but I would like you to keep an eye on this mod if you like such atmospheres especially for version 1.16.5 on which mod LOTR updated is also found.

Here you have also link to download mod. I also recommend to see his other modification Epic Knights. You can also find there the entrance to their discord to follow their work on mods.

Ah yes, a map of Valinor proper and it's close surroundings 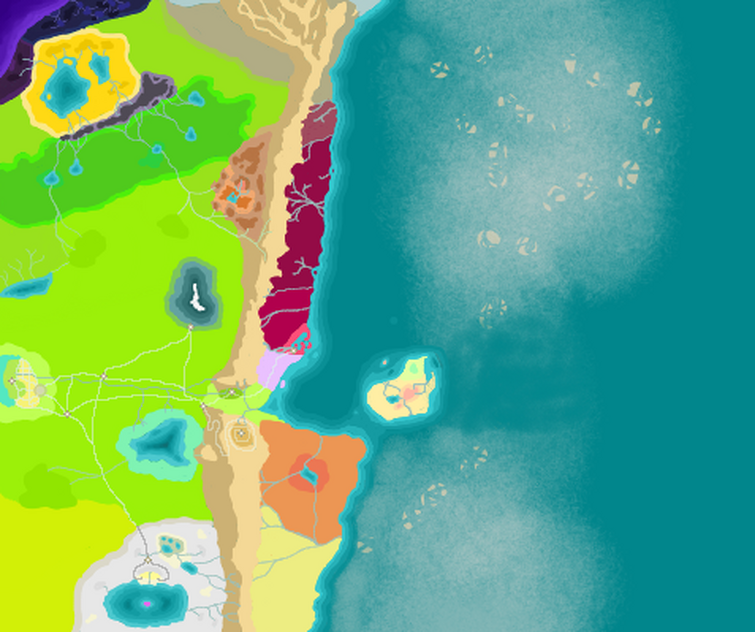 So, y'all know that the FA submod (oh it has a wiki!=>https://erasofarda.fandom.com/wiki/Renewed?so=search) is getting renewed aswell and that the SA submod is getting prepared.

But there is no Fourth age submod...

So I can play with the idea.

Since the fourth age began right after Frodo reached Beleager, why not place it at that exact moment?

The Reunited Kingdom of Gondor and Arnor [Shortened to TRK]

The Princedom of Elves and Men of Ithilien (Subfaction of TRK)

The Free State of Nurn (Vassal of TRK)

The Avarin Union of Dorwinion, Eryn Caran and Tol Rhúnaer (Vassal of TRK)

Variags, Balcoth and Gulfings are the new main evil factions as they overtook the areas south and east of mordor

Factions: Rangers of the North

Powers: Blessing of Yavanna, Healing, Stealth, Grace of the Sun/Moon

Powers: Terror, Blessing of the Serpent, Flame, Curse of the Desert 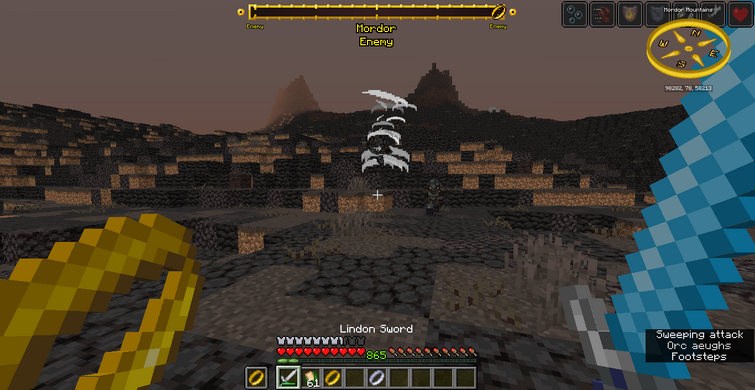 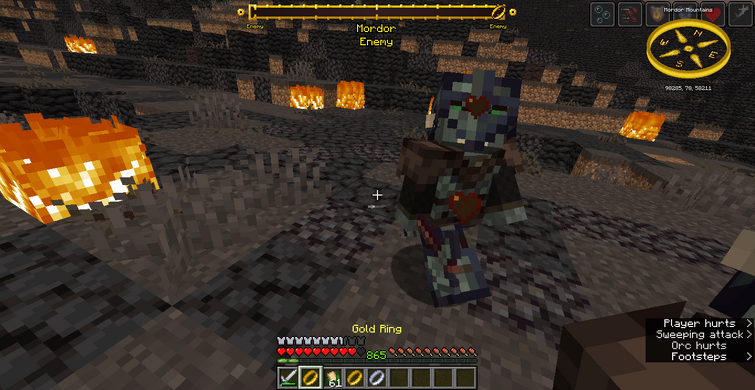 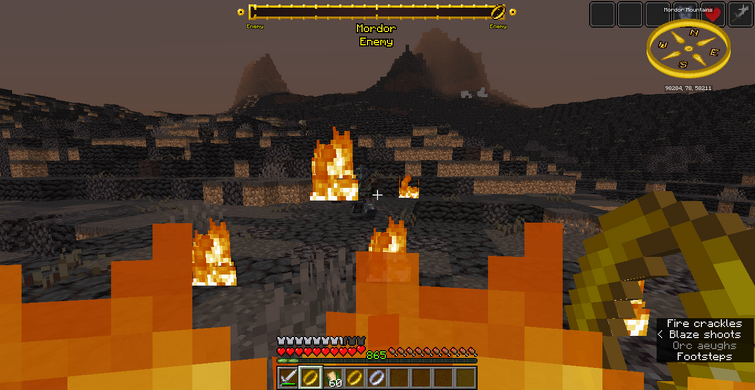 I'd display the water ring, but water doesn't help much in combat.

So I was just wondering how you came by this mod, its pretty self explanatory.

I'd like to introduce you to a great mod called Small Ships that has been developing well lately! This is a mod that adds new ship types like Galleys, Drakkars, Briggs etc. Also, this mod is compatible with our mod so if someone would like to make rotten, charred or even Mallorn there would be no problem.

Maybe for others these are not the ships they would like in the LOTR mod itself, but in my opinion they are really well made, the models themselves and even the sound and animation are just great. Anyway, each of these ships has its own specialty, eg Drakkars can destroy ice at sea or, depending on the type of ship, have different storage space, speed, durability or data capacity for NPCs and players on these boats.

The modification itself is supported only for version 1.16.5 and I recommend subscribing to his youtube channel https://www.youtube.com/watch?v=AgkOMeGuHt8 and follow this good mod also on https://www.curseforge.com/minecraft/mc-mods/small-ships 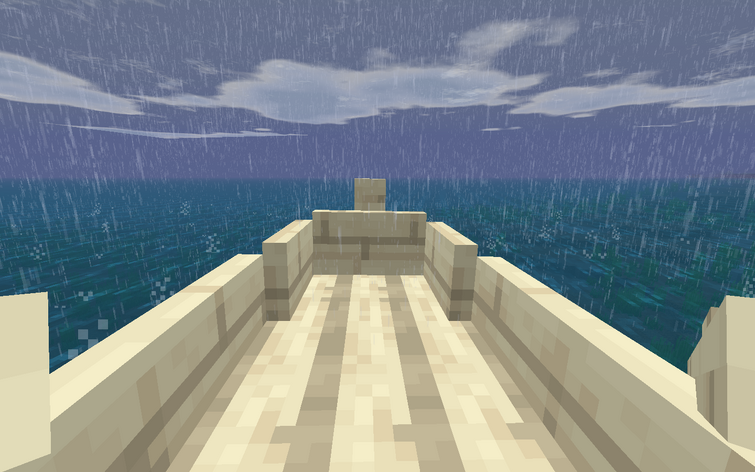 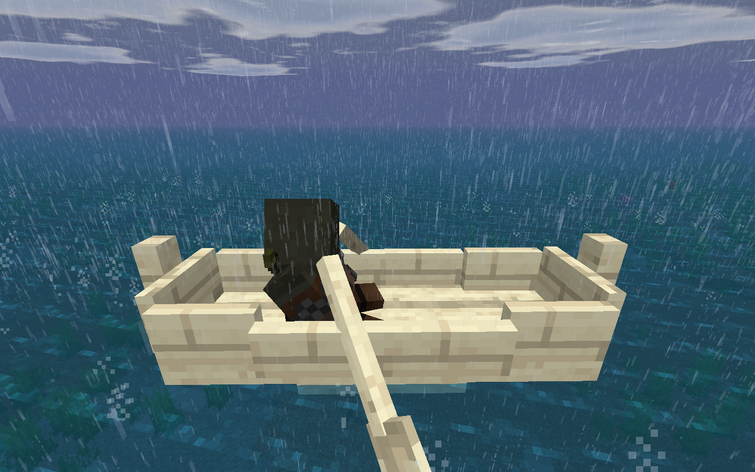 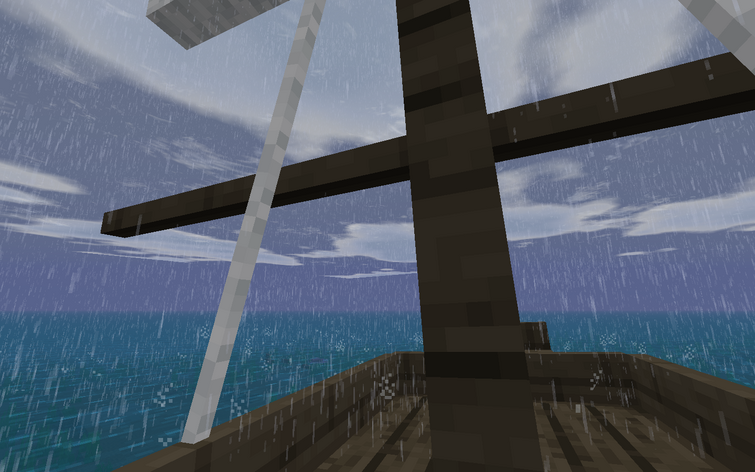 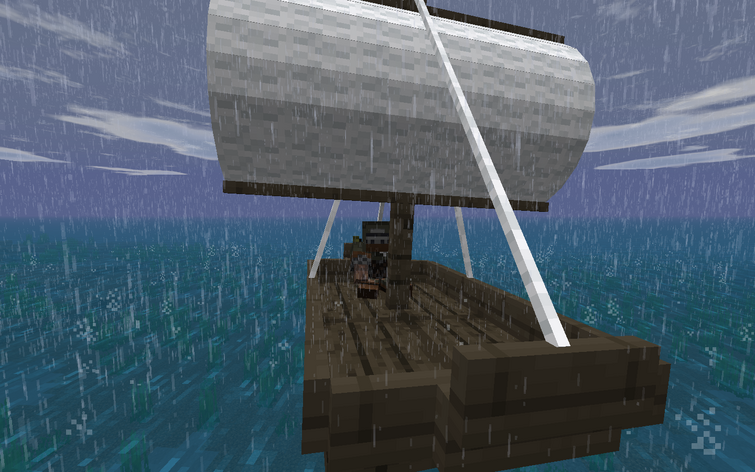 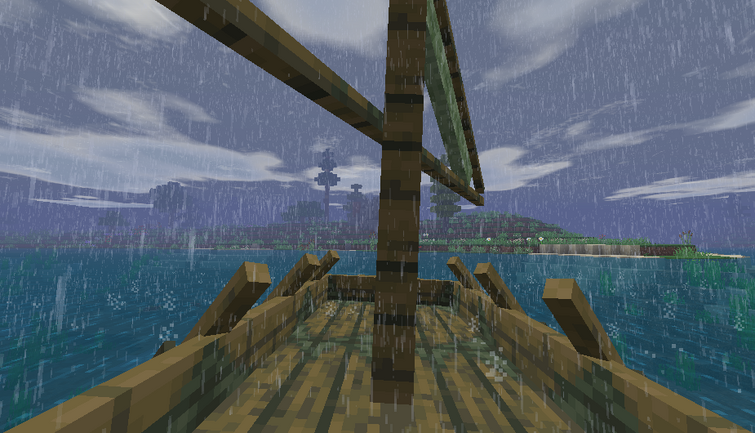 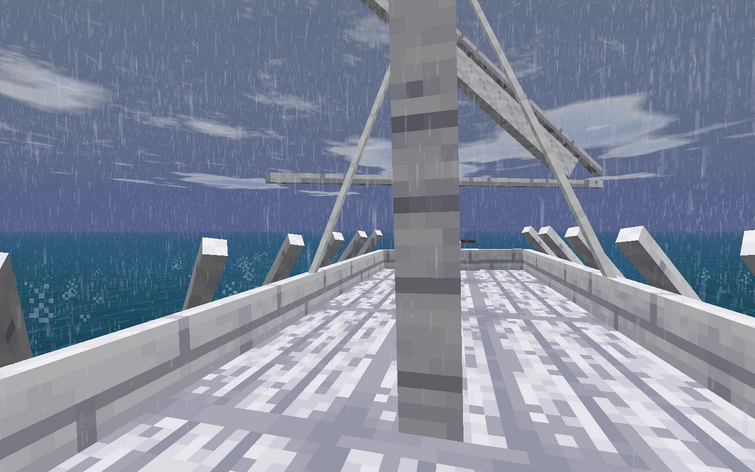 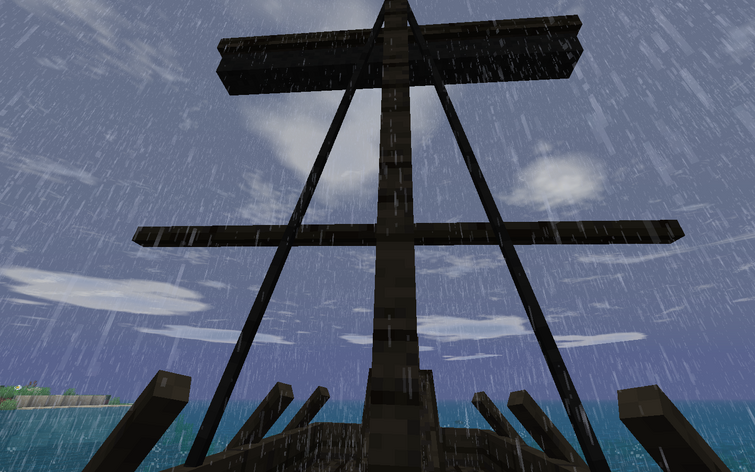 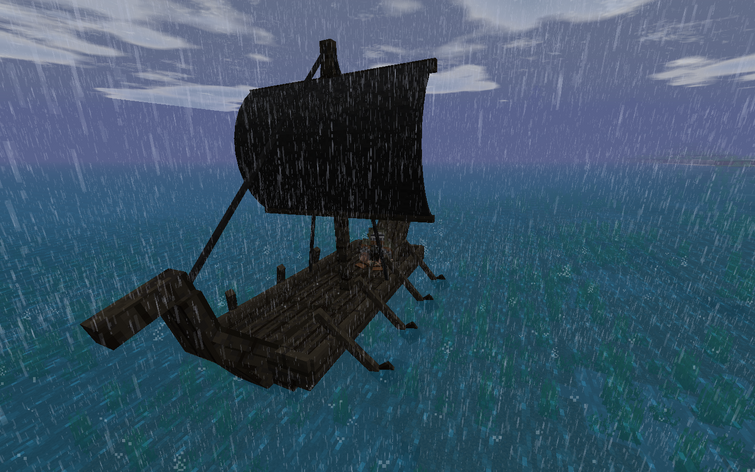 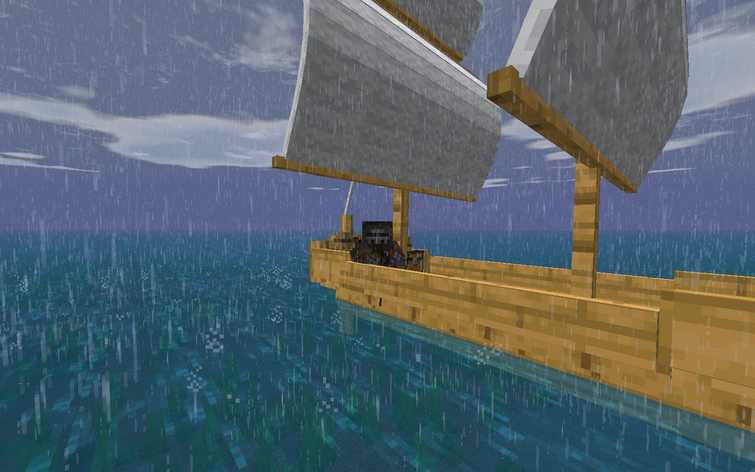 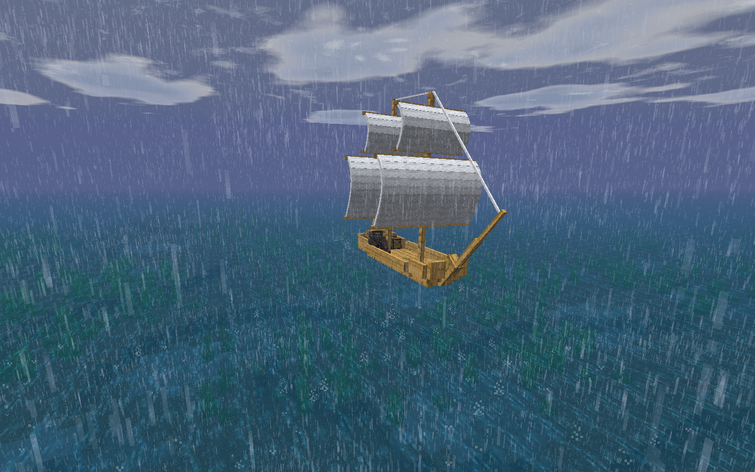 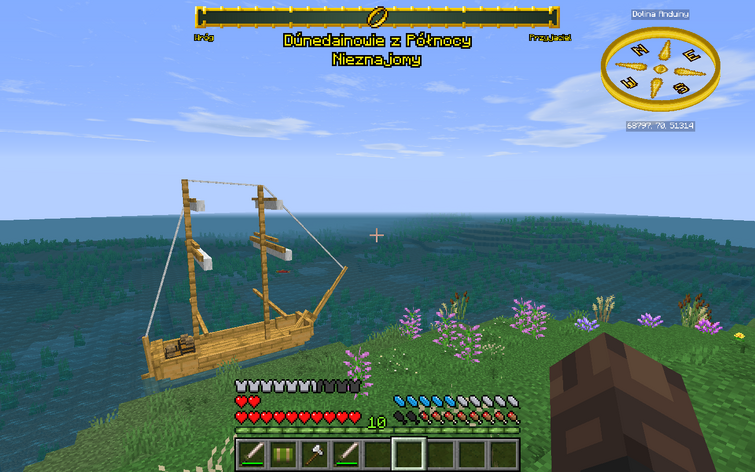 The mod is great, but there's a lot that the mod is missing. This is definitely the best suggestion to help with the development process.

Here are a few great ideas:

Don't make major structures in the future, people can just download genstructures. They should just spawn randomly where coordinates are! Minas Tirith spawning in Mordor will be so much fun!

The map is too cumbersome, going back to the classic generation is better. Think about how surprising not knowing what the next biome is going to be!

April Fools day needs to be permanent. The changes that occur are so much better than usual.

Add Gandalf. And don't give me that crap about him already being added.

Add portals to the second age, not the first. Who wants to go back to such primitive times?

Canon characters should randomly spawn. Think of how exiting it will be to randomly encounter Gimlis or Legolases while walking through the wild!

Frodo should spawn on Meneltarma as a boss fight. Oh, and bring back

Numenor. It didn't really sink, it was propaganda made by Sauron to prevent free peoples from getting aid from the Faithfull.

Gobins should be spilt from orcs. "Uh, Gorthang, their the same thing..." WHO CARES! The movies were better than the books.

Mithril should spawn everywhere. It's not like we know it didn't.

Renewed should be cancelled. All the new things are scary.

All continents should be added. New lands, Dark lands, Land of the Sun and maybe Aman! Who cares about the new lands being where Aman is. The devs will get them both in. Trust the science.

These are very good suggestions that need to be added.

If you could choose to live in a place in the Mod's Middle-Earth and also choose your profession, what would they be?

I would live either in a cabin along the Anduin northern parts, near Mirkwood, and be a hunter, or I would live in the Gulf of Harad and be a priest-warrior in a major temple.

(btw, I did this becuz i saw the wiki has been too quiet)

You can get up to 200 alignment with every faction

You can craft faction gear

You can get up to 3000 alignment with every faction

Unlocks the rest of the map

﻿With standard the game is literally unplayable...

﻿Have fun! (as long as you have money left)

I know it would be illegal to do that. You don't have to tell me. 😏

Just was wondering how everyone thought of their usernames, was there a story or was it just from the top of your head.

I myself used to be called 'Lord Sauron' (in Minecraft not on the wiki coz I hadn't even seen that yet) but I was going to play on LOTR Minecraft again but I wanted a new better name. I wanted to play as the Haradrim so I decided to have a name beginning with 'H' so I just shouted random words beginning with 'H' and slowly it turned into 'Horus' the same name as one of the Egyptian god's but that was too short and a bit boring so I added 'Lord' to the start so now it is LordHorus but then I rlly liked adding '600' to the end of Minecraft names so finally my username was complete, 'LordHorus_600'