Beacon towers are a structure that spawns in Gondor and the White Mountains. They are composed mainly of Gondor bricks, and include a Beacon of Gondor on the top. On guard are usually one or two soldiers - equipped with special winged helmets. One side of the tower features a ladder that enables the player to climb to the top.

These towers are also included as part of a watchfort.

There is also a ruined variant of the beacon tower, which may also spawn in Ithilien (see image below). 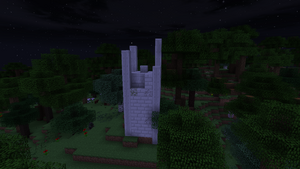 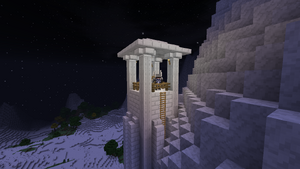 Beacon tower in the White Mountains.
Community content is available under CC-BY-SA unless otherwise noted.
Advertisement