Aren't you guys sick and tired of the current Mordor banner? I know I am, and I've never met a person who actually likes the Mordor banner. The best you can hope for is indifference from some filthy elf, or stunted dwarf. At worst, Mordor players refrain from flying the banner of Mordor, because It's such a disgrace.

The banner of Mordor should be fierce, head turning, strike terror into the hearts of the enemies of Sauron, and enbolden his forces. Why are we stuck with a loopy looking tiny little icon on a field of black? What spawn of Numenor scum was behind such a disgrace?

Here's my concept that I scrawled myself, this is roughly what I picture being flown at the head of an army from Mordor.

Here's just some scribbles for the sake of scribbles. 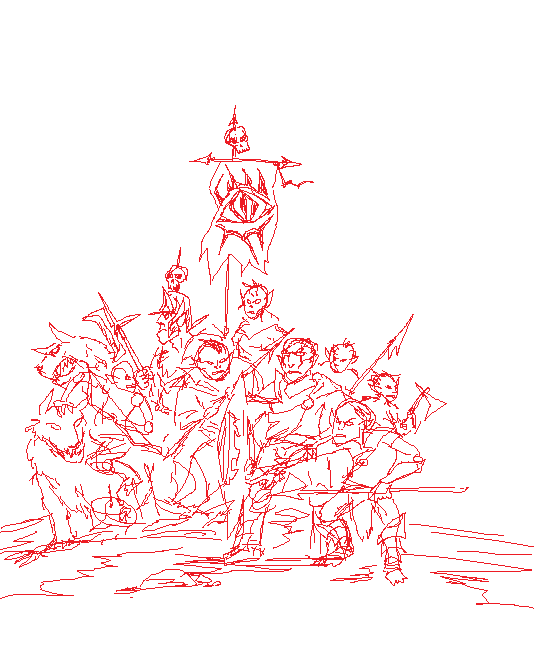 Retrieved from "https://lotrminecraftmod.fandom.com/wiki/Board_Thread:Suggestions_forum/@comment-26350183-20160515072146?oldid=328983"
Community content is available under CC-BY-SA unless otherwise noted.