The Lord of the Rings Minecraft Mod Wiki
Register
Don't have an account?
Sign In
Advertisement
in: Renewed feature, Bricks, Dwarves,
and 5 more

Dwarven brick is a block made out of regular stone by the Dwarves. It is dark grey in appearance. In the renewed version only, there are also mossy and snowy variants.

As well as being craftable, these bricks and their derived blocks can be found in many Dwarven structures including houses, towers, and mines. This also extends to the strongholds and houses of the Blue Mountains.

These bricks can then be crafted into Dwarven brick walls, stairs, and slabs using the vanilla-style recipes on either of the two crafting tables for Dwarves.

If you put four Dwarven bricks in a square on either of the two crafting tables, you will be able to craft one carved Dwarven brick, which only gives one single block. 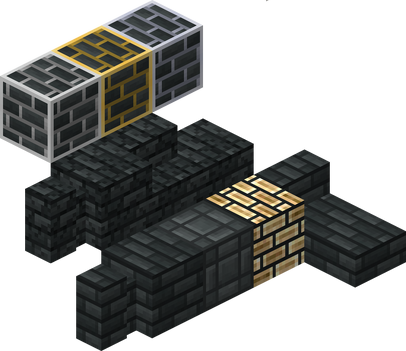 To make the cracked variant, first craft regular bricks (see above). Then smelt them in a furnace or any type of forge. The cracked slabs, stairs, and walls can now be made on the Dwarven crafting table or the Blue Mountains crafting table, using the normal Minecraft recipes.

You can also add silver, gold or mithril trimming to your Dwarven brick to show off your extreme wealth. This can be done in a manner similar to making a compass. Place a Dwarven brick in the centre and four nuggets of choice where would be the iron.

Before Public Beta 26, it was four Dwarven bricks around an ingot of choice in the centre.

Glowing Dwarven bricks are bricks, used by the Dwarves for to add some light to their halls.

Apart from crafting, glowing Dwarven bricks can be found in towers, strongholds and mines.

Obsidian Dwarven bricks are bricks used by the Dwarves as a decorational block in their halls.

This block is crafted on a Dwarven crafting table or a Blue Mountains crafting table using four obsidian shards. Afterwards, they be made into stairs, slabs, and walls like other bricks. 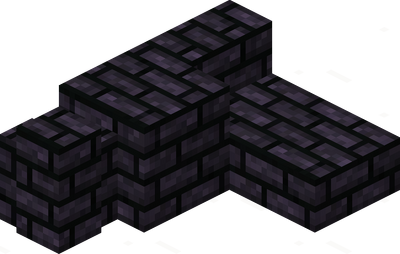