The Lord of the Rings Minecraft Mod Wiki
Register
Don't have an account?
Sign In
Advertisement
in: Biomes, Forest, Far Harad, Environment

The Kanuka Forest is a biome in the region of Far Harad, located south of the Mangroves and north of the Bushland, close to the coast. It is lightly forested region dominated by Kanuka trees. The biome is devoid of civilization, and no known inhabitants are planned. The biome is relatively flat, outside of hill variants, and no other tree types can be found here.

Despite the lack of any faction presence here, the Kanuka Forest is covered by winding mud paths, with no known purpose and no set generation. Who built these paths and why is unknown, as is whether they will have any future purpose in the mod.

The Kanuka Forest has no naturally-generating structures, as no faction has any presence here. However, the biome is nonetheless covered by a strange pattern of jungle mud paths, which generate randomly. This may make travel in denser parts of the forest easier, but since the paths are not straight lines, they also make it very easy to get lost is you're not careful. Who made the paths and what purpose they serve in the mod is unknown.

The same set of animals that can be found in the Far Harad Grasslands can be found here. No NPCs spawn in this biome.

As with every biome in Far Harad except Perdorogwaith, the Kanuka Forest generates gemstones at a slightly higher rate than most biomes, akin to the rates at which they can be found in most mountain foothills, together with all of the usual ores.

The only trees that grow here are the Kanuka trees, which are very common and exclusive to this biome. In addition, ferns and grasses are a common sight among the underbrush. Some Harad flowers also appear here, especially in the flower variant of the biome. 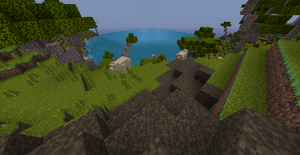 Some lionesses hunting on the shores of a lake. 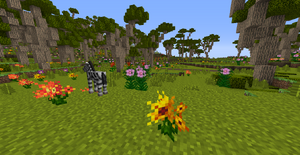 The zebra asks itself: Which flower to eat next? - Flower variant. 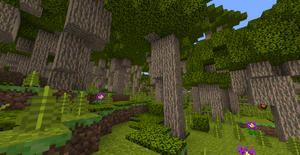 Strange: The light forest variant is denser than the ordinary one. 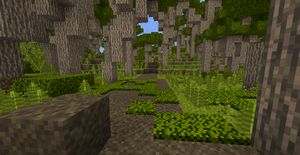 A mud path leading through the light forest. 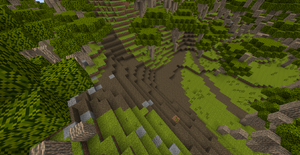 A big intersection of two mud paths in the hills. 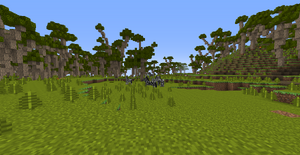 Although not included as a variant, small clearings occasionally show up and serve as pastures for the zebras.
Community content is available under CC-BY-SA unless otherwise noted.
Advertisement