The Lord of the Rings Minecraft Mod Wiki
Register
Don't have an account?
Sign In
Advertisement
in: Renewed feature, Plants, Elves,
and 4 more

Edit
watch 02:58
No Man's Sky Update - The Loop
Do you like this video?
Play Sound
This feature is present in: Renewed, Legacy.

The Mallorn (Plural: mellyrn) is a type of tree native to the Lothlórien biome, but can be grown outside of the biome if a sapling is collected. Golden leaves drift from their canopies during the day, and the Mallorn torches on the sides of the silver trunks light up the forest at night with a magical glow.

Some Mellyrn grow much higher, with thicker trunks and enormous overshadowing canopies, and these larger trees usually play host to a treehouse. There are two ways to make larger trees, as of Public Beta 29, see below.

When trying to cut down Mellyrn with a negative Galadhrim alignment, there is a chance you may be attacked by warriors. You will get Mallorn wood cutting down this tree, which is used in many Galadhrim crafting recipes.

A large Mallorn is normally between 25 and 60 blocks high, with the tree top measuring 15 to 25 blocks. But look at the curiosity in the gallery, the smallest large Mallorn found so far. It has a trunk height of only 8 blocks.

Since Public Beta 29 a huge variant of Mallorn, the Party Tree, can be grown. Just place a 3x3 square of Mallorn saplings on the ground. You may use some bonemeal on one of the saplings, to cause the whole tree to grow immediately.

As of Public Beta 21, massive Mellyrn are able to be grown by placing a 5x5 square of Mallorn saplings on Elvengrass (see image left). Repeatedly using bonemeal on any one of the saplings will cause the whole tree to grow immediately, as usual.

Note: This may cause some lag on your computer or server.

Curious or extremely valiant players can misuse the saplings to create corrupted ones by using a Gulduril Crystal on one in Fangorn Forest. Those are used to summon the mighty Mallorn Ent boss. 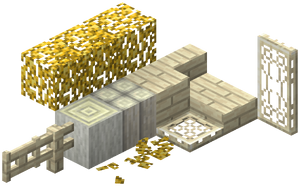 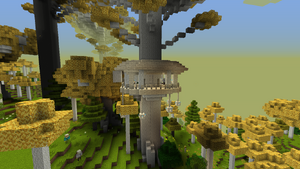 Large Mallorn with an Elven treehouse above. 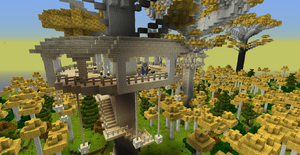 A Grand Elven treehouse. Note the presence of a Galadhrim Lord, banners and a staircase. 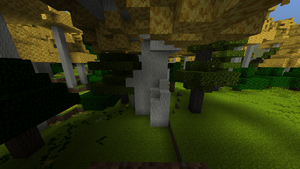 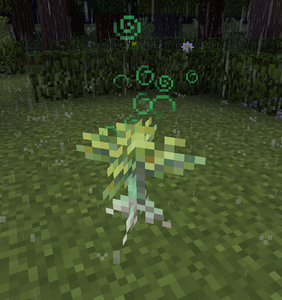 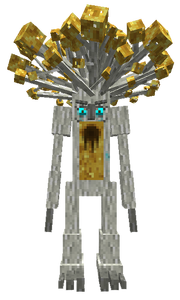 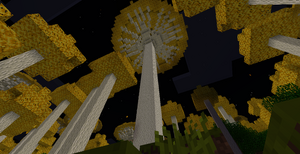 The early version of large Mellyrn. 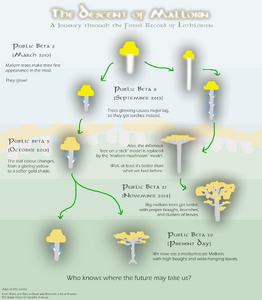 The gradual evolution of the current Mallorn design.
Community content is available under CC-BY-SA unless otherwise noted.
Advertisement