The Lord of the Rings Minecraft Mod Wiki
Register
Don't have an account?
Sign In
Advertisement
in: Gems, Items

Pearls are round, pinkish gemstones.

Pearls can be obtained through trading and fishing.

As with many other materials, you can make a pearl block with nine pearls in a crafting table.

A block of pearl can be found on top of Umbar statues. 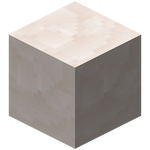 The Rohan fishmonger sells pearls at a higher cost than any other trader, presumably because Rohan is not near any large bodies of water.

Pearls are actually a clam's response to a foreign object inside it's shell, usually a grain of sand stuck inside it's shell. It excretes a coating over the offending object to protect itself.