The Lord of the Rings Minecraft Mod Wiki
Register
Don't have an account?
Sign In
Advertisement
in: Melee Units, Ranged Units, Rangers,
and 9 more

Rangers of the North are the military forces of the Dúnedain. They spawn in Eriador and its surroundings, including the Lone-lands, Trollshaws, Minhiriath, and most commonly, the Angle.

Note that Rangers of the North look very similar to, but are different from, the Rangers of Ithilien.

Rangers can spawn at any time of the day. In order for a Ranger of the North to spawn, the block directly under it must be a grass block. This restriction prevents the NPC from spawning underground. They can spawn in many of the biomes of North-western Middle-earth:

Eriador (including Minhiriath and Swanfleet), the Lone-lands (including the Angle commonly) and the Tower Hills fairly commonly. They also spawn in Midgewater, the Northlands and the Trollshaws more rarely.

There is a roughly 1 in 20 chance that a ranger will be a ranger outrider.

Rangers will attack any NPC or creature aligned with an evil faction on sight. Because they generally inhabit Eriador, these enemies often consist of Gundabad Orcs and Wargs. Rangers deal more damage than usual when fighting large enemies, such as trolls.

Rangers of the North fight with a Ranger bow or vanilla bow at long range and use an iron, or bronze dagger or a barrow blade when they close in for the kill. They wear Ranger armour which, while not very protective, is beneficial for camouflage and speed.

When using ranged attacks, Rangers will assume a ghost-like form. In this form, enemy NPCs cannot see them even as they are being shot at. Rangers become visible again as soon as they draw their dagger for close combat.

Mounted Rangers, called "outriders" are similar to their unmounted counterparts, preferring to use bows from a range and daggers at close quarters. However, these Rangers will not turn invisible like other Ranger variants. The mounted variant was added in Public Beta 30 and have a roughly 1 in 20 chance of spawning.

Rangers of the North are capable of invading Angmar, the Coldfells, Eriador, Eregion, Ettenmoors, Midgewater, Trollshaws, and Enedwaith; as a result, they will be one of the most common enemies of players allied with Angmar or Gundabad. When they invade, they will send mostly regular Rangers, along with some banner-bearers.

Ranger will drop 0-2 arrows and sometimes a bone upon death. On rare occasions, they will drop a piece of their armour or equipped weapon.

Hiring Rangers of the North requires a relatively high alignment (+300) and a decent amount of money (100 silver coins). Their mounted counterparts require +400 alignment and cost 140 coins. This cost can be lowered by gaining alignment with the rangers and halved by pledging to them. However, the Ranger of the North are the only good-aligned unit that are hireable in the wilds of Eriador and its surroundings, so it is best to invest in their services when traversing across Middle-earth. 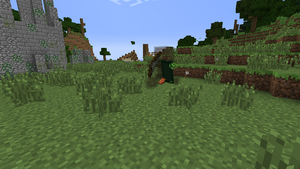 A Ranger of the North in ghost-like form, shooting at an enemy NPC (this was before they got Gondorian bows). 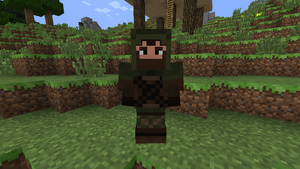 A Ranger of the North standing near a watchtower. 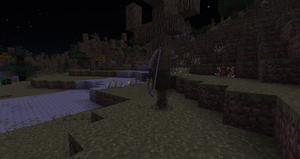 A Ranger of the North shooting with his Gondorian bow. 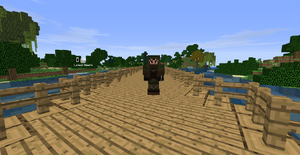 Ranger on a bridge. 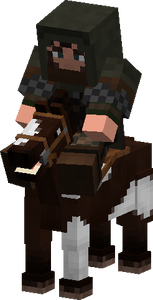