The Lord of the Rings Minecraft Mod Wiki
Register
Don't have an account?
Sign In
Advertisement
in: Servers

< Servers
Edit
watch 02:52
Roblox: DeepWoken - The Loop
Do you like this video?
Play Sound 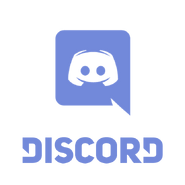 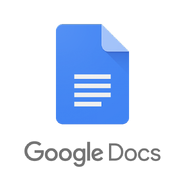 While it's generally recommended to read this entire wiki page first, here's a quick guide to play on the server! But first, there are some system requirements:

If you're not sure if you meet these requirements, ask us in the #support channel on Discord!

Installing the launcher is really easy! All you have to do is download the launcher, and then run (double-click) it. The rest should be self-explanatory. If you need more help, ask us in the #support channel on Discord!

About Flames of War[]

Flames of War is a well-established Lord of the Rings Mod server; following on from Drums of War.

We are a roleplay-based server, with our own roleplay etched into the very gameplay itself; we encourage those who join us, to create: their own characters, backstory, and place with the community. Our lore-master, Imperialcraft2000, is an expert with Tolkien lore and ensures that all characters are proper, as well as introducing them to the server's roleplay backstory. If you are new to roleplay, or you're not the best at English, or you're not the best at writing in general - staff will help you become great. We take pride in your experience.

However, roleplay is not the entirety of this server. We host monthly events, player-led wars, land-claiming, faction select, and more! We have a mature, loyal, passionate staff team - who will always be there to help, along with loving the server themselves.

Our factions are well-populated, with cities and roleplay of great proportions. Each leader is experienced in what they do, they are mature enough to hold their positions, and may face rebellion if they don't.

Wars are realistic and take all fortifications into account. Battles take place over the whole territory; siege battles are as they should be: great, - but most importantly - fun.

(Note: These rules only apply when you are Roleplaying, not in normal game circumstances)

A colony can be built in any neutral territory, meaning that said territory has not yet been claimed by any other faction. The territory does not have to be adjacent to a biome you own and they follow the same requirements as any other approved city. Once a colony has been approved they can be used for any war purposes (marching, etc), however, a colony cannot be used to claim a biome, as it isn’t adjacent.

After being approved you own the colony and the surrounding area, if someone overclaims the biome in which you have a colony they cannot demand you destroy the colony, however, they can declare a raid on it. Should they win the raid, you lose the city and it becomes one of their approved cities. But, it is always possible to attempt to come to an agreement with the other leader on what is to be done.

You are allowed 2 colonies per biome you own.

Note: Any faction or biome not listed requires only 2 people to claim.

There are multiple ways to fight other players

While you are in your own territory you do not need to keep your map location on, however, while in an army group you must activate it upon entering enemy territory.

It is highly illegal to teleport, fast travel or log out while ANY PvP encounter is taking place. This means raids, skirmishes, field battles, sieges, marches, etc. This is why planning is so important, you aren't allowed to leave a march. If you have to go for real-life reasons that's fine, just state your reason before logging off, otherwise it'll look like you've combat logged (which is punished).