The sky is something people normally don't pay much attention to. It only becomes important when something unusual happens, like a sudden thunderstorm on a bright day. It is the home of the clouds, the sun, the moon and the stars. Butterflies and birds need it to survive.

The Mod changes the display of the sky considerably. This feature is enabled by default, but can be disabled via the config file.

As in the vanilla game, the sky currently serves little purpose other than decoration.

Note that in the Renewed version, NPCs may stand still and stare at the sunrise and sunset, and Elves may stargaze at night. 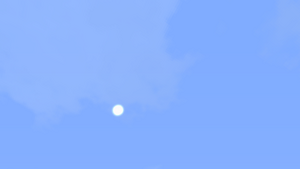 The sky of Lindon on a sunny day. 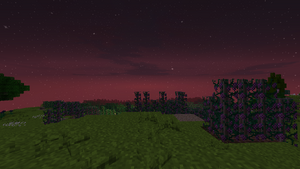 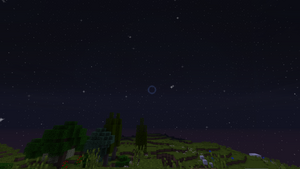 A new moon rising over Dorwinion. 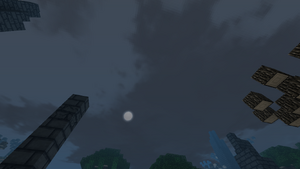 The gloomy sky of Dol Guldur looks grey even on a "sunny" day. 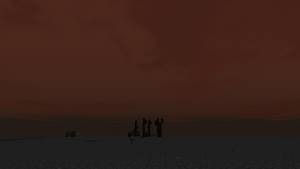 This is what Orcs like: Mordor in the sunlight (or what remains of it). 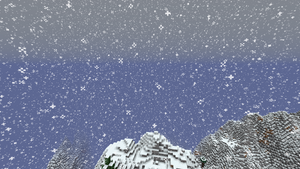 Only a mountaineer can see snow and mist in the sky of the Misty Mountains. 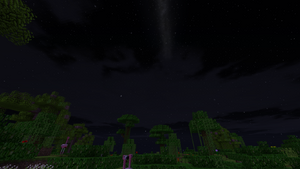 Some flamingos admiring the Far Harad sky at night. 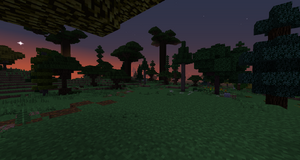 Since Public Beta 33 the Star of Eärendil can be seen in the beginning of night or in the early morning. 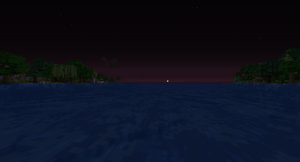 The Star of Eärendil directly at the horizon over the sea. (Please enlarge the picture to see it in more detail.) 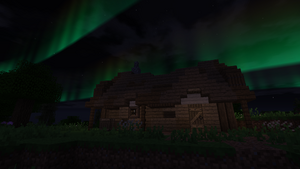 Northern Lights above a small house in the North.