Note: This page is about small ruins. If you cant't find it here, check other ruins for more.

Small stone ruins can be found throughout most regions of Middle-earth, mainly in areas that have been inhabited by the Edain for long. They are the remnants of many possible original structures. As time and weather have had such an impact on them, it is often hard to recognize their orginal purpose.

The following, 13, variants of stone ruins can be distinguished. All spawn randomly in the biomes where they are generated.

These are 3 block wide, slims columns of stone bricks.

A column in the Lone-lands.
Add a photo to this gallery

These structures form the base of small towers of prisons, shelters or safehouses. Some of the metal bars in the lower window openings are still visible and one may find stone chests. Bigger versions of these might be ruined Dúnedain or Gondor towers. 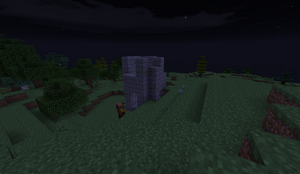 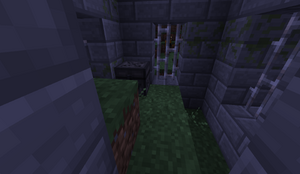 Bar tower interior.
Add a photo to this gallery

These are abandoned mine pits, accessible through an open shaft at the top, emerging at the surface. One may hop down from ledge to ledge and find a bigger room, supported by beams, some 10-20 blocks below the surface. These rooms may provide easy access to adjacent cave systems and may even hold chests. Beware of orcs hiding in the underdark and make sure you bring along proper lighting, excavation, mining and/or climbing gear before you descend. 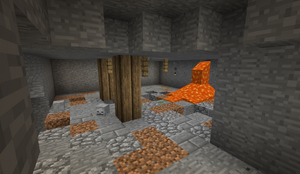 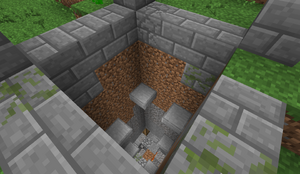 Pit mine face down. 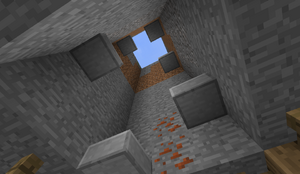 Pit mine face up. 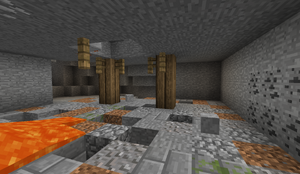 Pit mine - visible memories.
Add a photo to this gallery

The central pillars in these structures remind of a richer past. They cover mostly a very small part of their original structure, like just a corner. 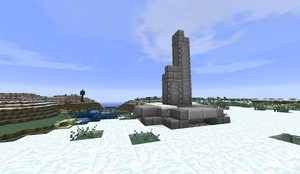 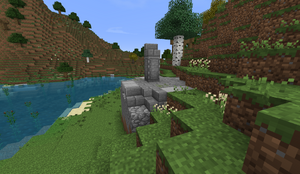 Plinth - visible foundation.
Add a photo to this gallery

Rubble is recognisable as generally circular structure of stone remnants with a partially brick, cobble and soily floor spread over a larger surface (8-16 blocks). Travellers may find these handy as a shelter against strong winds, and the lucky few may even stumble upon a stone chest. 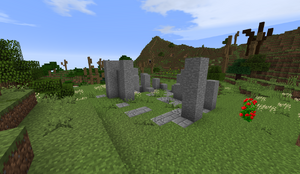 Rubble.
Add a photo to this gallery

An abandoned quarry can be recognised as it looks like an abandoned quarry ... an open hole in the ground with remnants of supports to prevent walls from caving in, and remnants of wooden structural elements like stairs and fences. Most of the wood has been exposed to the weather for long, and shows clear signs of rot. 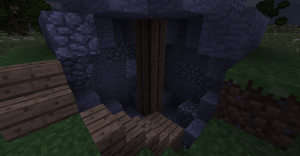 Stairs leading down into a quarry.
Add a photo to this gallery

Old obelisks have mostly been left unscarred for the meaning they must have had, even to looters. They clearly mark the landscape by their central slim and tall stone brick pillars. One may find remnants of stone brick walls marking the edges of the stone brick floors around the obelisks. 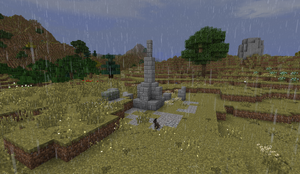 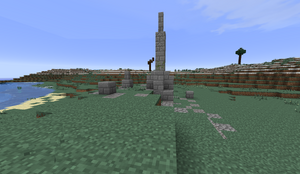 Obelisk in Tundra.
Add a photo to this gallery

An old well ... well, assuming the water source has dried out, may have been used to store treasure at their deepest levels. For treasure hunters it may always be worth the trouble to seek for a hidden chest or stone chest. 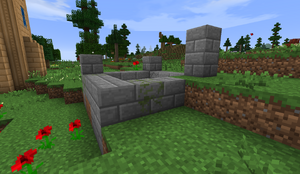 Well in Dale - probably dried out.
Add a photo to this gallery

These are small, apparently fortified structures that may have held items of value to their original owners. Sometimes looters may have been unable to crack the stone brick walls and the metal bars that meant to keep them out ... and treasure can be found in chests on either of the two floors that still remain. 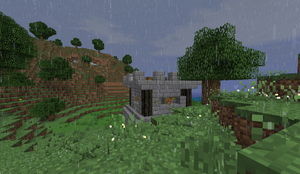 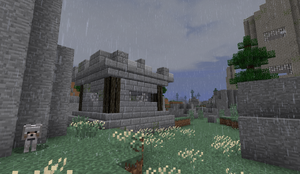 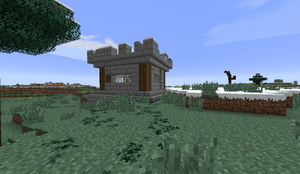 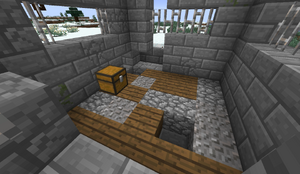 Turret interior.
Add a photo to this gallery

These remains provide an odd sighting, as they are sturdy remnants of huge structures, many blocks thick walls, floating in a mostly pristine environment. 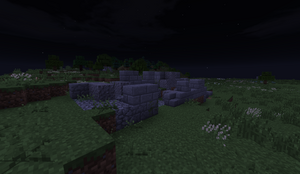 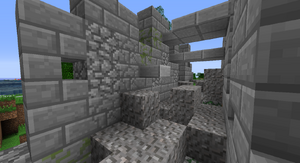 Walls ... a mighty defence ... once.
Add a photo to this gallery

Old shrines are recongisable by the 3 to 4 visible pillars at their corners and a carved stone block ducked centrally in the stone floor. Treasure hunters find it worth the risk to check what's underneath the heart stones of these old places of worship. Some may hide a stone chest from uninvited guests. 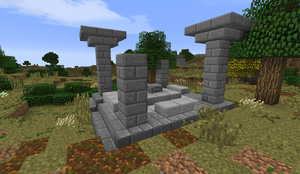 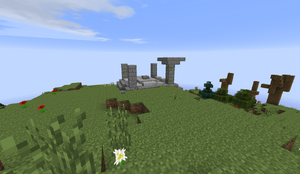 Shrine with a view. 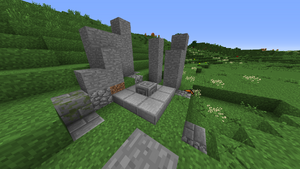 A shrine in Bree-land.
Add a photo to this gallery

These ruined homes of the local upper class are clearly recognisable by the red brick that was used to erect them. In many cases the bottom floor structure is still recognisable by the remains of (rotting) wooden structures and fancy clay tiling finishes of some parts of the interior. Known by many, these structures have been looted soon after they were abandoned and hold no treasure. 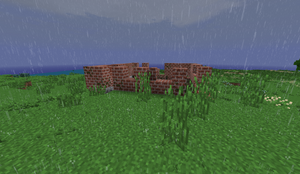 Brick house in Gondor.
Add a photo to this gallery

As mentioned above, some small stone ruins hold stone chests with loot. The loot is similar to the loot that can be found in chests in ruined houses. Other than that, these structure all provide easy accesible construction materials that may be valuable for anyone looking to build shelter or strengthen a 'quick & dirty' build.

The materials used in these structures are not of specific faction origin, but very generic: stone, cobble, stone brick, clay (red) brick, wood beams, steps and fences, bronze and iron bars. Stone brick can be cracked or overgrown with moss. Any remaining wood will mostly be rotten, unless hidden dry underground or under roof.

The collapsable list below provides info on where small stone ruins can be encountered, with a ratio indicating the relative occurence in each biome (the higher the second number, the lower the chance of generation in a chunk; for reference Rohan watchtowers roughly have a chance of 1 in 400 to generate in any chunk). In many cases, these are the same biomes, where the typical, taller ruined stone pillars can be found.