Note: The Ticket booth's coordinates will not be posted on this page. Please do not ask for them.

The Ticket Booth is an Easter Egg in the Lord of the Rings mod. It spawns somewhere in the Far Harad Grasslands. 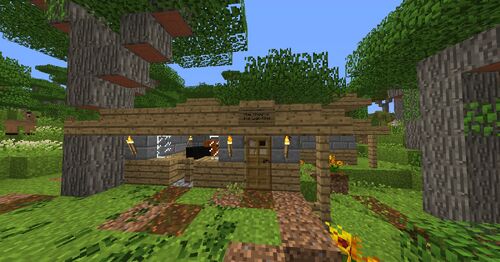 The Ticket Booth is made of Oak Wood and Stone Bricks. A sign located above the door reads "Now Showing The Lion King". The Ticket Lion stands by the door to sell visitors tickets. 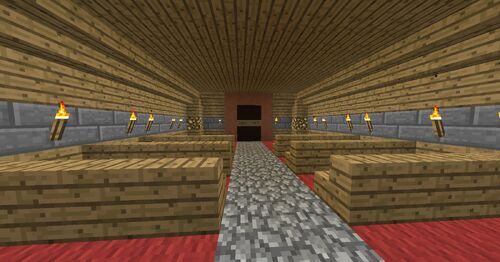 Inside, the structure is similar to a movie theater, with red carpets and oak chairs. The screen is made of Hardened Clay, but, sadly, the film is not currently showing.

Retrieved from "https://lotrminecraftmod.fandom.com/wiki/Ticket_Booth?oldid=629079"
Community content is available under CC-BY-SA unless otherwise noted.