The Lord of the Rings Minecraft Mod Wiki
Register
Don't have an account?
Sign In
Advertisement
in: Gems, Ores, Items

Topaz are one of the rare types of gems that can be found while mining in Middle-earth. They are a bright orange colour.

As with all the gemstones, the best way to obtain gemstones is to mine them yourself. Another option for those of you who don't like mining is to go and buy them from the various traders that sell them.

As with all the gems in the mod, topaz can be turned into a block by combining nine of them. Other than that, they can't be used in any other types of crafting. The best use for them as of now is to sell them to a trader who accepts them, who will pay a decent amount of coins (6 - 10). 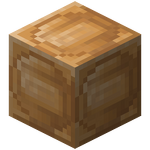