The Lord of the Rings Minecraft Mod Wiki
Register
Don't have an account?
Sign In
Advertisement
in: Structures, Trolls, Evil,
and 5 more

Edit
watch 02:40
World of Warcraft: Dragonflight - The Loop
Do you like this video?
Play Sound

Troll hoards are small groups of treasure chests and piles found in caves in biomes in which trolls spawn.

They are most commonly found underground in the Ettenmoors and scattered throughout Angmar, but can also be found in the Trollshaws, Coldfells, and basically any biome you can find a normal Troll in. They are not spawnable structures but a group of chests on the ground or in the walls of a cave.

Troll hoards can yield great treasure if you stumble upon one or more of them. They usually contain pieces of Ranger and Lindon armour and weapons, as well as silver coins, silver and gold ingots or nuggets, and rings. Iron or bronze equipment, bones and skulls are some of the more mundane items that may be encountered. In addition to chests, treasure piles spawn in hoards allowing for additional gold, copper, and silver loot. Mithril nuggets can also be found in the depths of a troll hoard.

In the troll hoards of the Ettenmoors biome, it is possible for chests to spawn containing troll totem pieces, which are needed to summon the chieftain. This is a fairly quick way to get loot if you are aligned with Angmar or are a very brave adventurer.

The complete loot table can be found below (chests will have between 1 and 4 of the following):

Just be careful the owner isn't lurking about, as they are often close by. If you find a natural cave, just try to cover all branches of it (right hand rule), and you'll return with quite some wealth - if you return at all. Trolls always need another corpse to wipe their noses on. 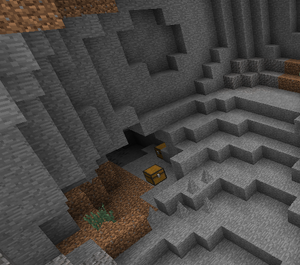 A troll hoard near the entrance of a cave. 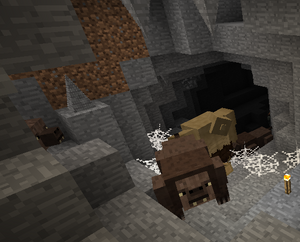 A troll hoard being guarded. 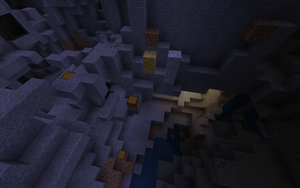 Troll hoard as of Public Beta 29 with treasure piles. 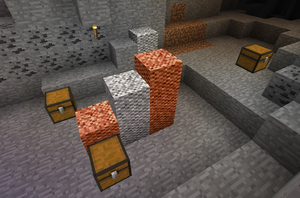 A rather large hoard.
Community content is available under CC-BY-SA unless otherwise noted.
Advertisement