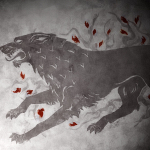 I play on the Official Server and the Awakening server daily. I also sometimes play on the Isildur's Bane server. My in-game name is vaclav999.

An elf that lived in Rivendell for a long time and studied the lore there. One day, while on his way to help Gondor and Rohan, he saw a stone troll in the woods near Rivendell. Something was glimmering in his hand. It was a ring made of mithril. Elestan took it out of the troll's hand and put it on. He discovered that it increased his speed, agility and reflexes greatly. It was one of the lesser rings of power.

Interesting facts about me Edit

I am a scout in real life.

I played Minecraft since 1.2.

Retrieved from "https://lotrminecraftmod.fandom.com/wiki/User:Elestan_Larcalaite?oldid=240001"
Community content is available under CC-BY-SA unless otherwise noted.