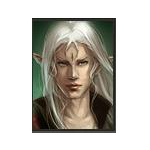 Working in my research laboratory.

Fun fact:
I play on Isildur's Bane Server, and occasionally the Official Server. Another fact

A few things about me

Find all the essays, suggestions, and stories that I have written HERE.

The story of how I ended up in Middle-Earth

Retrieved from "https://lotrminecraftmod.fandom.com/wiki/User:Glflegolas?oldid=629899"
Community content is available under CC-BY-SA unless otherwise noted.