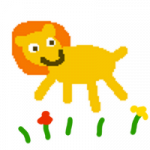 Hello there! I am the creator of the Minecraft Lord of the Rings Mod, as you likely know if you're visiting this page.

If you want to reach the mod team with suggestions, feedback, or bug reports, the best ways to do so are as follows:

Here are some generally useful links concerning our endeavours which you may find interesting:

Nightfall in Middle-earth is a symphonic metal album by the band Blind Guardian, a musical retelling of the main events of The Silmarillion. If you like that sort of thing you should definitely listen to it, and even if you don't, it's very good.

Some fun facts about Tolkien's Legendarium:

Still reading? Have some fun facts:

And some interesting links:
Retrieved from "https://lotrminecraftmod.fandom.com/wiki/User:LOTRMod?oldid=626902"
Community content is available under CC-BY-SA unless otherwise noted.