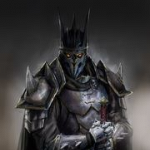 Me in badass mode

Hey kids! I am the great Lord Epicus! But you can call me Ecthelion Elanessë (my real elvish name) if you want. I am a very strange person, and I am not skilled in the art of wikicode, so I dont make to many edits for fear of ruining a page. My horoscope sign is Cancer, so I'm an emotional, yet friendly person, or at least I try to be.

!WARNING! Do not ever talk to me about religion, I'll get us both in trouble!

Heres some stuff about me!

There was once a realm, a different plane of existence, called Xagros. I was the king of a country called Val'Har in the center of Xagros. I got powers un-imaginable after visiting an ancient shrine of the First Born Gods. I used these powers to help those in need, including other countries in my realm. But there were some who didnt like me as king.

They believed that my powers should be used only for the benefit of Val'Har, and no other lands. They formed a guild called The Darkhoods, and rebelled. They were succesful only by learning ancient magicks only usable in my realm, magicks of the Dark gods.

I was banished from my kingdom, Val'har, and they sent me to this realm, Arda, and they took my place as king, reigning in terror with an iron fist! So here I am in the third age of Middle Earth. I lost most of my powers, but I kept some, like skin-changing and deception. I allied my self with many different races and countries in hopes of finding knowledge that can take me back to Xagros. I allied with different factions in different times. Using my deceptive abilities I joined the armies of Mordor, and soon after the order of the Gondorians. What happens next is still yet to be discovered....

If you consider yourself a friend if mine, feel free to add your name!

Retrieved from "https://lotrminecraftmod.fandom.com/wiki/User:Lord_Epicus!?oldid=545581"
Community content is available under CC-BY-SA unless otherwise noted.