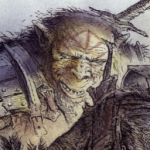 -I have read the Hobbit, Lord of the Rings, and the Silmarillion, am reading Beren and Lúthien, and will soon read the Fall of Gondolin. My favorite characters are Sauron, Gandalf, Sam, Uglúk, and Shagrat.

Retrieved from "https://lotrminecraftmod.fandom.com/wiki/User:OneBehindTheHair?oldid=588064"
Community content is available under CC-BY-SA unless otherwise noted.