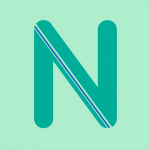 Alatúlië! Welcome to my user profile! I am Noloite. I have also been known as Aranwë Túrammarth, on The Awakening, Second Age and First Age servers. I do consider myself somewhat of a "Lore Nazi", and I have read most of Tolkien's works on Middle-earth.

Although I don't really go by that name anymore, I did begin doing quite an in-depth write up around the lore of my character, Aranwë. In-game I had the username "Turammarth", which you may recognise. Below I have put a brief summary that I started about Aranwë.

Aranwë was one of the Noldor, a Deep-elf, and like all Noldor he inherited a love of craft. Most famed of all his work was the Elúlë.¹

Whilst still in Aman Aranwë forged the sword Maeghathol, and this was the 'sister-sword' of Glamdring. From his wife Caladel he received the great bow Daertang³, which in turn was given to Caladel from her foster-father, Círdan.

In the Second Age, Aranwë went with many of the Noldor to Eregion. Under the teachings of Annatar, Aranwë crafted the ring Palaya. The band was made of silver, inlaid with mithril. Upon the ring he set one of the splinters of the Elúlë. The ring Palaya gave him extended powers of foresight, and he took up the epessë of Túrammarth, meaning Master (of) Fate in Sindarin.

After the fall of Eregion, Aranwë stayed in the newly-found refuge of Imladris. There he stayed until Lord Celeborn and Lady Galadriel took up rulership of Lothlórien. Galadriel bade Aranwë to come to Lórien, for the Nandor had little knowledge in the art of forging weapons and armour. Alas, in the year 2509 of the Third Age Celebrían, daughter of Galadriel passed West over the sea, and with her went Caladel; for Caladel had grown weary of Middle-earth, and the growing shadow in Dol Guldur had ever been on her mind.

¹ The Elúlë was an idea I had for a gem, not unlike one of the Silmarilli. Of course, the Elúlë was never supposed to be on-par with the Silmarilli, merely one of many Noldorin gem stones. The Elúlë perished in the Sack of Gondolin, though Caladel managed to recover a few shards before fleeing the city.

² It was Voronwë who later guided Tuor of Dor-lómin to the White City of Gondolin.

³ Daertang was said to have been "strung with elf hair"; likely the hair of Caladel's mother (the name of whom is not recorded in these tales.)

Retrieved from "https://lotrminecraftmod.fandom.com/wiki/User:Rayn_Turammarth?oldid=586701"
Community content is available under CC-BY-SA unless otherwise noted.