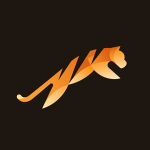 Tarwaionn Aipio is a poweruser and an active user on The Lord of the Rings Minecraft Mod Wiki. He want to save wiki's Chinese version as a sysop and a bureaucrat of Chinese wiki.

Tarwaionn is a Vanyar. Somehow he stays in Endórë after the reinforcement in the War of Wrath. For thousands of years he has wandered through the Hither Lands. As a Calaquendi, his goal is to help every free people of middle-earth, and he will never leave the for Valmar until the people get rid of the Shadow.

All rivers run to the SeaEdit

Retrieved from "https://lotrminecraftmod.fandom.com/wiki/User:Wargaz_cc?oldid=493020"
Community content is available under CC-BY-SA unless otherwise noted.