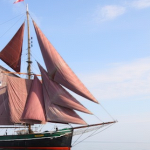 Wait, is this where I put all my lore stuff? If you insist! z'Trok is a Half-Elf born during the first age and fought in the War of Wrath. After the War of Wrath was complete z'Trok as like other Half-Elves gained the ability to choose what race he belonged to. He chose to be with the High Elves being as though his mother was High Elven, but later sailed from Lindon to the isle of Numenor and the province (if you would like to call it that) of Hyarrostar where he perfected his mastery of the bow and daggers. He was also a master swordsman given a Gondolion blade which he wielded near perfectly. He was also a master shipwright crafting fine boats for the king himself. Being as though he could not die from age he worked with nearly every king of Numenor until Ar-Adûnakhôr. During Ar-Adûnakhôr's reign he was removed from the royal court, and Numenor itself. He fled from Numenor on one of his boats burning the rest of the boats he made so that the new king may not use them. He then sailed to the colonies of the Dunedain seeking refuge in the colonies. Which he found having met the steward before hand. However, later on kings men began coming to the colonies. They captured him and tortured him for years. But being only half elf, he was not capable of becoming an orc.. Instead his brain was slowly corrupted until he gave way to darkness becoming an Umbaran war lord and eventually becoming king of Umbar itself... There's also my other character Trook the Half-Troll but that's another story =P

A little about me, I love building and often frequent the building tips page, and have entered many building contests, most recent one, I came in Second place for the Second Age server contest with my Numenorian observatory!

For all the kekers-All may edit this part, add your name, and only ONE kek.

Retrieved from "https://lotrminecraftmod.fandom.com/wiki/User:ZTrok?oldid=469826"
Community content is available under CC-BY-SA unless otherwise noted.