Alright folks, it's been a long while. Way too long if you ask me.

You know what I'm talking about... I haven't done a region spotlight/biome of the week since I don't know when. Maybe I should rename this to "region of the year" instead??

Alright lets cut the chitchat. Let's do a region that I'm sure just about everybody has visited at one time or another, though some people clearly find this region a pain in the derriere to visit. That's right, we're talking Eriador.

As thoughts wander of to times of glory past ... the land seems so empty now.

As thoughts wander of to times of glory past ... the land seems so empty now.

Eriador, or if you folks are familiar with my spelling from mid-to-late 2014, Eriandor (this caused a ton of trouble when using the Wiki's search function...), is really not difficult to find. If you've spawned in the Shire, simply walk out in pretty much any direction and where will you come to? Eriador. Years ago, this land, along with most of the lands surrounding it, such as Minhiriath (Tolkien, why did you have to make these Arnor kingdoms so darn hard to spell??), the Lone-lands, Bree, the Trollshaws, etc. were part of Arnor, but those glory days were over once Angmar conquered the kingdom. Understandably, Gondor wasn't too pleased, and sent its own army to conquer Angmar. Since then, very few inhabitants remain, aside from a few Rangers and the occasional Gundabad Orc at night. Wargs don't spawn here, unlike the long-lands. Nonetheless, some of the glory of Arnor remains, in the form of ruins and towers which may contain some weapons and armour from this fallen kingdom.

There are several reasons. Firstly, the grass and trees are a nice shade of green (well... orange for me...) especially in the forested regions, there's a good mix of landscapes ranging from open plains, shrubland, lakes, highlands, and... forested hills (you knew this was coming right?). Furthermore, there's lots of Generated Structures to loot for equipment, cash, and other useful items, and hunting game will provide you with enough food. Lastly, it's close to the Shire, and easily accessible to new players who want to experience some of the adventure this mod has to offer. Perhaps, you want to try out which weapon type best suits your fancy, or, as a challenge, acquire all the items you need for survival via scavenging.

Any advice for travellers?

For those that wish to travel in Eriador, I suggest being on the Rangers' good side, otherwise, you can get caught by a whole bunch of rangers and turned into a pincushion before you can say "These rangers are a good shot!". If you really want to be evil, travel at night is a little safer. For Good players, try to travel in the day, if you want safety, or at night for a little more action. There's usually plenty of game to hunt, and structures to loot, so don't worry if you left something at home by accident. 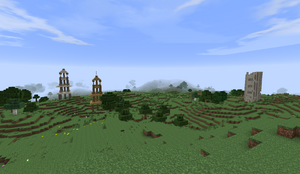 Of the living and the dead 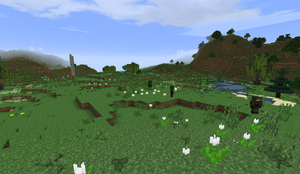 Of flowers and mountains 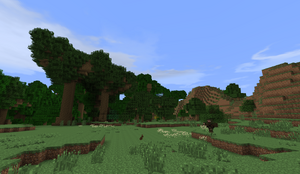 Of dense forests and hills 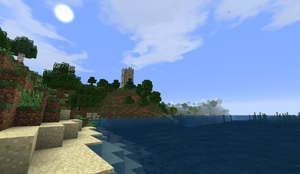 Of the lake of twilight, Nenuial 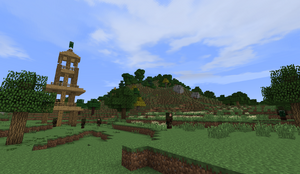 Of the Dunedain of Arnor ... seen patrolling the Emyn Uial 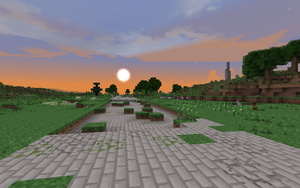 Of roads fallen into disrepair. 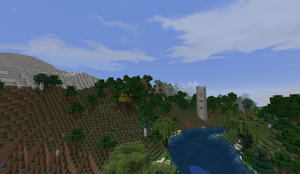 Of lush valleys and white downs 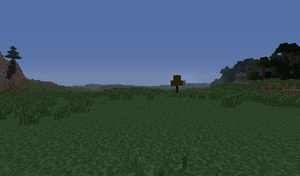 A very old screenshot of Eriador. 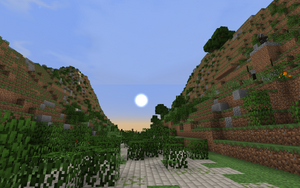 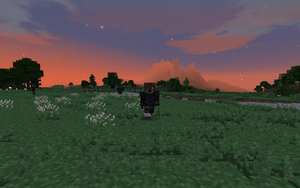 The spawn of evil come out at night. 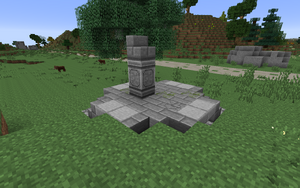 Old ruins of civilizations long forgotten.
Add a photo to this gallery
Retrieved from "https://lotrminecraftmod.fandom.com/wiki/User_blog:Glflegolas/Region_Spotlight_--_Issue_31_--_November_1,_2018?oldid=588760"
Community content is available under CC-BY-SA unless otherwise noted.