If you didn't know, NEI (NotEnoughItems) doesn't exist at 1.15.2 anymore, instead, there is JEI (JustEnoughItems).

Feature-wise they are comparable, so nothing to worry about.

To make it compatible with the LOTR Mod, a plugin is needed, which I just made - JEI LOTR.

The benefit of JEI LOTR is, that JEI has a much better structure as NEI, and thus NEI Recipe Handlers isn't neeeded anymore - just the LOTR Mod, JEI and JEI LOTR.

JEI LOTR is open source and licensed under the GPL 3.0.

For further announcements, a help-channel and so on, join the official Discord server: https://discord.gg/37GanUf

The wiki also has an announcement thread (https://lotrminecraftmod.fandom.com/wiki/Thread:174874), which will be continued. 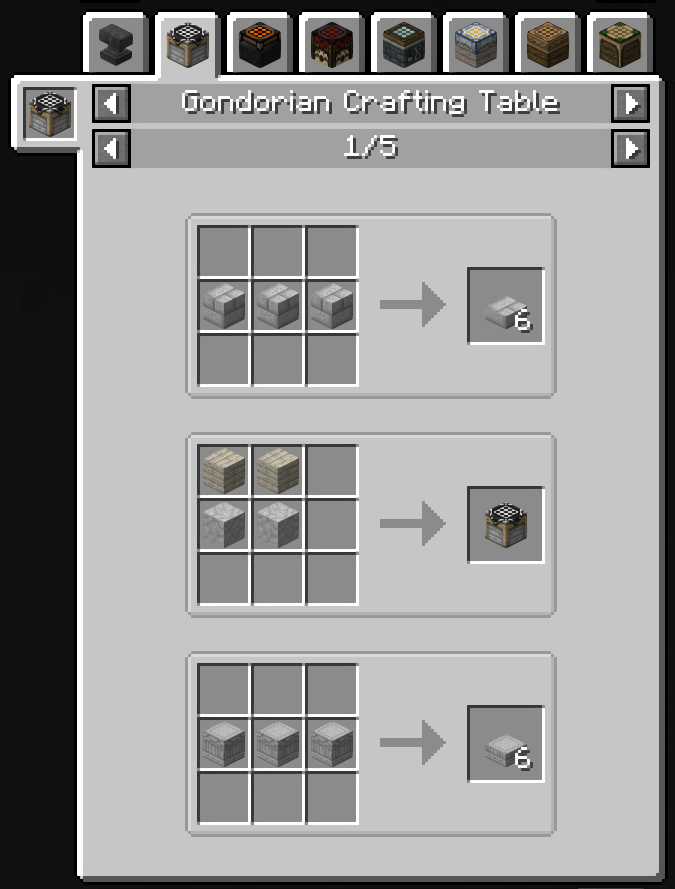 Retrieved from "https://lotrminecraftmod.fandom.com/wiki/User_blog:The_Ranger_Malvegil/JEI_LOTR_for_LOTR_Renewed-1.1?oldid=620778"
Community content is available under CC-BY-SA unless otherwise noted.